It’s sort of a big trend in American politics that we can’t start tackling a national issue until we’ve “declared war” on it. There’s a War on Drugs, a War on Terror and even, depending on who you ask, a War on Christmas.

It’s not much of a shock that a country with so much pride and money invested in its military would resort to martial language so often. It’s also not surprising that we’ve taken to using the same kind of language to discuss the ongoing coronavirus pandemic. Headlines the nation over, in this paper as much as any other, have taken to talking about “combating coronavirus” or honoring the medical workers and personnel on the “front lines” of our national “battle.” Hell, we had Blue Angel fighter jets fly over the island a couple weeks back to “salute” our first responders.

In some ways, the use of military rhetoric makes a lot of sense here. Coronavirus is a crisis unlike any the country or humanity as a whole has faced since Spanish Flu a century prior. A word like war conveys the severity of the situation appropriately, and gets across the need for a concerted national effort to deal with the issue at hand. As for our heroes on the front lines of the pandemic, the nurses and essential workers who do their job in the face of such a daunting crisis every day deserve the same kind of honor we normally reserve for veterans and soldiers at war. After all, they’re putting their lives on the line all the same as anybody in a combat zone.

But while all this combat terminology serves as an effective shorthand for conveying the daunting nature of the pandemic, it carries with it insidious implications that deserve more scrutiny than they’re getting.

A war, by its very definition, is a conflict between at least two powers. It requires an enemy, an “other” that must be dealt with on the battlefield. But the War on Coronavirus has no enemy. Coronavirus isn’t some belligerent state or group threatening the security of the United States. It’s a natural phenomenon, a disaster without any definitive human cause. What blame there is to be spread comes down to how well or poorly the response to that disaster has been handled by the people responsible for ensuring we’re protected in times of crisis.

But since so many people have been told we’re at war, it becomes natural to search for a guilty party that caused this. It’s language like this that contributes to the scapegoating and abuse Chinese people and Chinese Americans are facing across the world. Filtered through the dark prism of prejudice, talk like this fuels the fires of racism and abuse. It’s why so many people insist on calling this thing the “Chinese Virus,” since it originated in China, even though it began there entirely by chance.

There’s also the issue of how we talk about “front line” workers. While nobody would ever argue that nurses and the like don’t deserve the highest praise for how they’ve helped others during the pandemic, acting like we’re at war does them a disservice. As tragic as the death of a soldier is, soldiers sign up for their job knowing full well that it might require them to give their life one day. Nurses and grocery store workers never made that agreement, and it’s crazy to shift the goal posts so drastically that we imply they should accept that risk now. Nurses are brave, they are valiant and they are courageous. But they are not warriors, and should not be pressured directly or indirectly into assuming that sort of mentality. Working the wards of a hospital, let alone during a pandemic, is psychologically damaging enough as it is. Let’s not make dealing with that any harder than it has to be by foisting the wrong point of view onto anybody.

Like wars before it, the coronavirus crisis has demanded that we sacrifice and do without to reach the end as quickly and painlessly as possible. There’s positive associations that these terms have because of our instinct to come together as people to meet our greatest challenges. But lurking beneath the surface of those feelings is a world of dishonesty and harm that we need to be as vigilant about facing as the virus itself. 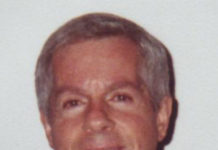 Column: Are You Cooking With Danger?