The Village of Great Neck is hoping to extend its eight-month moratorium on processing permits for on-site smoking businesses within the village. If adopted, the extended moratorium will be pushed forward three months, until the end of this summer. The extension will be introduced for a public hearing at the Tuesday, July 1, board of trustees meeting. 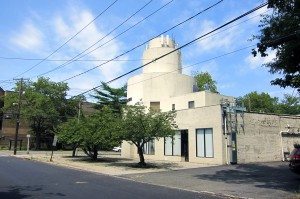 Adopted last fall, the moratorium followed on the heels of the Hookah Lounge, then given permission to open at the corner of Middle Neck Road and Wooleys Lane, in the “wedding cake building.” When permission was first granted to allow outside smoking, neighbors complained to the village, citing health reasons. They argued that the non-tobacco products that would be used are carcinogenic. The Hookah Lounge manager eventually backed away from outdoor smoking, and the village adopted the moratorium to allow for further study.
The moratorium would prohibit new permits where there is to be smoking on premises, and preclude permits for the sale of tobacco and other such products intended to be smoked on the premises.
Proposing the extension at the June 17 board of trustees meeting, Old Village Mayor Ralph Kreitzman said that the Village of Great Neck Plaza had extended a similar moratorium, but for a longer period of time. Kreitzman is confident that the Old Village’s extra three months will be more than enough time to complete the research and come to a decision.
The mayor also noted that the July 1 public hearing for the proposed moratorium could be held up if the village does not hear from the Nassau County Planning Commission in a timely manner. The Commission could approve or disapprove the proposal, or it could leave the decision up to the village. Should the Commission disapprove the proposal, the village could over-ride this with a super majority (approval of at least four of the trustees).