The Village of Great Neck is planning on relying on New York State law regarding workforce housing. To date, the village has been following its own village workforce housing law, created about 10 years ago. Within the last few years, the state also adopted a workforce housing law. According to Old Village Mayor Ralph Kreitzman, the state could have easily over-ridden the village law, but it has not. At the most recent June board of trustees meeting, it was proposed to repeal the local law in favor of the state’s version. 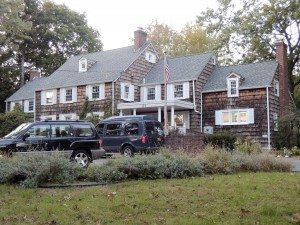 The workforce housing law in the village, and in the state, basically calls for 10 percent workforce housing provided in specific new apartment buildings. In return, the applicant for the building permit will receive a density bonus or other incentive, as per sections of the municipality’s law. The applicant (builder) must set aside 10 percent of the housing units for workforce housing. Work force housing is a state and village law that mandates that a certain percent of housing units in a new building must be reserved for applicants who meet specific (lower) income standards, and must also possibly meet certain residency standards as well as listed profession standards.
At press time, the Old Village anticipated a public hearing at the Tuesday, July 1 board of trustees meeting. The intent is to repeal the workforce housing section of the Village Code and for the future, refer to the New York State workforce housing law.
The mayor also noted that the July 1 public hearing for the proposed zoning code change could be held up if the village does not hear from the Nassau County Planning Commission in a timely manner. The Commission could approve or disapprove the proposal, or it could leave the decision up to the village. Should the Commission disapprove, the village could over-ride this with a super majority of least four trustees).