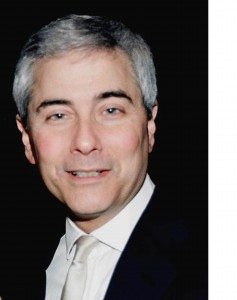 as a member of the National Council on the Humanities (NCH). The appointment to this six-year position, announced on May 20, must still be confirmed by the United States Senate.

Zimmerman, a prominent Democrat and a long time Great Neck resident, has been a Democratic national committeeman for 15 years and is a well-known Democratic Party supporter. He has held several such Democratic supported nominations and appointments over the years.

The NCH is the advisory board to the National Endowment for the Humanities (NEH), advising the NEH chairman on policies, programs and procedures, and allso reviewing applications for NEH grants. The Council is composed of 26 private citizens appointed by the President and confirmed by the Senate for their six-year terms. The Council reviews recommended grant applications in a given area. This process is an essential component of NEH’s review process, a hallmark on which NEH’s reputation depends. The National  Council members are also responsible for assisting the NEH chairman in the selection of the annual Jefferson Lecturer, the highest federal honor given for achievement in the humanities. NCH members also annually recommend to the NEH chairman those who are to receive the White House awarded Presidential Medals in the Humanities.

The National Endowment for the Humanities is an independent federal agency created in 1965. It is one of the largest funders of humanities programs in the United States. The Endowment awards grants for top-rated proposals examined by panels of independent, external reviewers. NEH grants typically go to cultural institutions, such as museums, archives, libraries, colleges, universities, public television, and radio stations, and to individual scholars.

Upon announcing Zimmerman’s nomination, and several other appointments, President Obama stated: “I am confident that these outstanding individuals will serve the American people well, and I look forward to working with them.”

Zimmerman lives and works in Great Neck. He is co-founder and partner in the Great Neck public relations firm Zimmerman/Edelson, Inc. and has extensive experience in national and international media relations, branding communications and crisis management. He has compiled an extensive background in government and community service. Most recently, he was appointed by Governor Andrew Cuomo to the New York State SAGE Commission, charged with the most extensive restructuring of state government since the 1920’s. He served as member of the Board of the American Museum of Natural History representing the speaker of the New York City Council and was recently appointed to the board of directors of the Center for an Urban Future located in New York City. In 1995, Zimmerman was appointed by President Bill Clinton to serve on the John F. Kennedy Center for the Performing Arts Presidential Commission on the Arts. He held that position through June 2001. Zimmerman appears regularly on CNN, Fox News Channel, Fox Business News and MSNBC discussing a wide range of public policy issues.