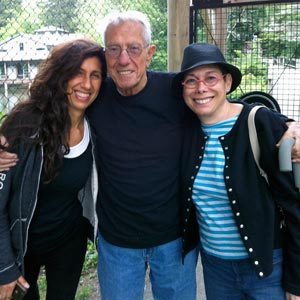 Norman Eisner, champion for social justice and business leader, died on Aug. 25 at age 91. His active engagement in the civil rights and peace movement, which earned him a place on Nixon’s Enemies List, included SNCC and Business Executives Move for Vietnam Peace.  He was a long-time former Great Neck resident.

In WW2 he served with Operation Carpetbaggers, part of the OSS, flying spies and supplies to assist resistance fighters, earning the Croix de Guerre with his unit.  Seeing first-hand destruction across Europe and the huge loss of life that war brings, deeply affected Mr. Eisner and set him on the path to active engagement in seeking peace and justice.

As the civil rights movement began, Mr. Eisner was a guard for the Peekskill Paul Robeson Concert, later volunteering as a Freedom Rider in Maryland. Afterward, he co-founded the Great Neck Equal Housing Commission to help black families buy homes in Long Island suburbs, an effort which led to several death threats against his family.

During the Vietnam War, he traveled with the Citizen’s Mission to meet Cambodia’s Prince Sihanouk, to promote efforts for peace. His commitment to peace accompanied him throughout life, including supporting peace movements in Israel.

Founder of Lincoln Graphic Arts, a leading publisher and direct mail company in its time, he was the printer of Ramparts Magazine, the leading anti-War magazine of the late ’60s/early ’70s.

His passion was not limited to the fight for justice. He was a sports enthusiast, playing tennis until age 80.

He was preceded in death by daughter Nancy and wife Reba, and is missed dearly by daughters Madeline of New York, a senior communication advisor with UNICEF, and Janet, a music video and commercial manager in Los Angeles, his companion Zelda Aronstein and her sons, their wives and grandchildren.