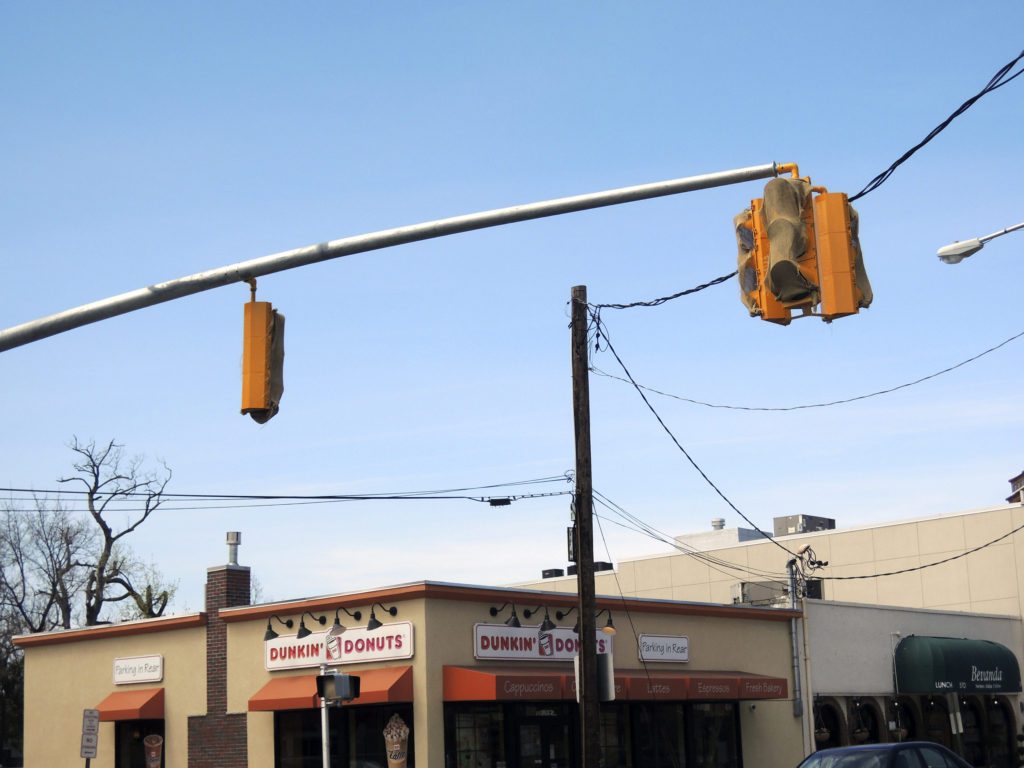 Although the much-needed, long-anticipated traffic lights at the corner of Brokaw Lane and Middle Neck Road are finally installed, so far there is no “light.” Citing safety reasons, both the Great Neck School District and the Village of Great Neck tried, unsuccessfully, for years to have Nassau County install a traffic light at this intersection leading up to Great Neck North High School, but they kept “hitting a brick wall.” It was not until this past fall that county approval finally came through.

Work on the lights started on Nov. 19, 2013. Months before the work began the county had notified the village that the traffic light would soon be in place and even though it then took months to see “a shovel in the ground,” the initial work did not produce an actual light. Back in November a county worker had told the Great Neck Record that the lights could not be operational for about two months. He expected the initial work to last several days, but said that the entire project would include a cable that will run from the near-by Alert firehouse to the traffic signal; when a fire is called in the light will remain red for the time it takes the firefighters and engines to respond to the fire scene.

At this point, Nassau County Legislator Ellen Birnbaum reports that the county’s answer to the slow work schedule is, in part, due to this winter’s severe weather conditions, as well as a long wait for certain parts for the project. Birnbaum told the Record that parts still on order include some that will work to coordinate lights with the near-by Alert Fire Department. This system includes a cable that will run from the firehouse to the traffic signal. When a fire is called in the light will remain red for the time it takes the firefighters and engines to respond to the fire scene.

Birnbaum remains on top of this situation that municipal officials consider a very dangerous spot. This is a busy corner and several accidents have occurred there. The concern is even greater because students comprise a great deal of pedestrian traffic at the intersection, as the youngsters walk to and from North High during lunch periods and after school. When the work had begun back in November, school district Superintendent Thomas Dolan expressed “great relief” at the progress and thanked Judi Bosworth (then Nassau County legislator, now town supervisor) and Old Village Mayor Ralph Kreitzman for their continuous efforts.

Now we are waiting for lights that actually work and protect the community.