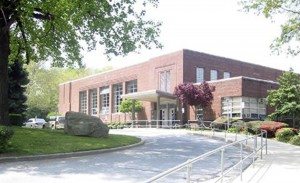 The Great Neck School District continues to take a “no comment” stand on the state-mandated third through eighth grade exams and the opt-out statistics are not being released. Superintendent of Schools Thomas Dolan has chosen not to reveal the school district’s statistics on these recent exams. And Dolan is still firm in his stand that these state-mandated exams are strictly “a parental decision.”

In the Great Neck Record article last month, Dolan stated his belief that parents must choose for their own child. He told the Record that “parents are the ones to come to a decision, based on each child and how they might react to such testing.” Dolan also told the Record that he feels that the testing, as well as the opt out (or the opt in) decision, should be derived at “in a responsible way.”

As well, in the past months, while parents all over New York State have been protesting these state-mandated tests imposed on children in second grade through eighth grade, parents in Great Neck have not been actively fighting the exams. There have been no local protests and, to date, there hab been no local protests. At that time, too, stated that the testing was not a controversial issue in the community.

Also, to date, Great Neck parents have been hesitant to discuss the opt-in/opt-out issue and chose not to be interviewed. Some local parents andd educators did expressed their “mistrust” in the use of eventual test results, but would not speak “on-the-record.” Many feared that the state (and not the school district) would use test scores in a way that could result in negative repercussions. Then, as now, some chose to opt-out, while others allowed their children to take these controversial tests.

Lori Beth Schwartz, president of the school district’s United Parent-Teacher Council (UPTC) executive board, echoed Dolan’s thoughts, also emphasizing that the decision is totally in the hands of the parents.

However, these controversial exams remain a quiet issue in Great Neck, not much of an issue at all. Opting-out in Great Neck remains a private, parental decision.

(Editor’s Note: According to the Facebook page for the group Long Island Opt Out, 272 students, or 10 percent of Great Neck students opted out of these tests. The Record does not consider these official results and, to date, the Great Neck School District has not released the official results. Note, though, that in these unofficial statistics shown in the accompanying graphics, the Great Neck School District had one of the lowest percentages of students opting out of the exams. According to the statistics, the total number of opt outs on Long Island is 82,036.)