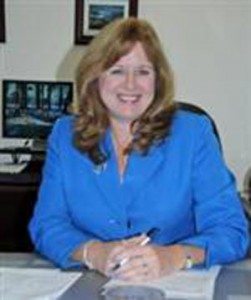 Prendergast’s appointment was approved at the public session of the Board of Education on March 30. She will become Great Neck’s 11th superintendent and the second woman to hold that position. (Great Neck’s first superintendent was also a woman, Elise M. Gignoux served from 1922–24.)

At the March meeting, Board President Barbara Berkowitz explained the process of choosing Dr. Prendergast. “The board conducted rigorous interviews, comprised of hours of questioning and probing, followed by lengthy discussions and debates. The board made a pledge to you last November, and often since then, that we would not worry about time constraints, that we would absolutely not settle, and that we were dedicated to our responsibility to recruit the best ‘fit’ for this position in this community. We enthusiastically proclaim that we have fulfilled and accomplished our mission.”

Berkowitz then introduced Prendergast, who was welcomed with a standing ovation by everyone in the room.

Reflecting on her appointment, Prendergast said, “I am honored to have been selected to lead the Great Neck School District as superintendent and I look forward to working with members of the board of education, school administrators, teachers, parents and support staff. I know I will follow in the footsteps of tremendous leaders, great people who have come before me. Becoming a school superintendent provides the greatest opportunity to positively impact the lives of students. It is my hope that by working collaboratively with the members of the school community, communicating, trusting, listening, we may continue to build upon Great Neck’s outstanding tradition of excellence.”

At the Woodmere Middle School, Prendergast held three positions. From 1995 to 2000, she was assistant principal; from 1994 to 2000, she was mathematics chairperson; and from January to June 1995, she was a teaching dean, filling an unexpected mid-year vacancy.

From 1987 to 1994, Prendergast worked in the NYC Board of Education, District 29Q Susan B. Anthony Intermediate School 238, first as a mathematics teacher and then as the sixth grade dean of students.

Prendergast holds a Doctor of Education in educational administration and supervision and a Professional Diploma in educational supervision and administration, both from St. John’s University. Her Master of Science degree in mathematics education, grades 7 to 12, is from CUNY Lehman College. Her Bachelor of Science in elementary education, nursery, grade 6 and mathematics, grades 7 to 9, is also from St. John’s. She has an Associate in Applied Science degree from Pace University. In 2014, Prendergast participated in the select Future Superintendents Academy, a program sponsored by the NYS Council of School Superintendents.

Prendergast has been happily married for 26 years and has three grown children. She is an avid New York Mets fan and enjoys reading and traveling, spending her spare time with family and friends and solving Sudoku “number place” puzzles, undoubtedly harkening back to her many years as a math teacher.

The district is preparing opportunities to greet Prendergast, who wants to get to know Great Neck and attend events prior to coming here in July. Berkowitz, echoing remarks she made at the board meeting, said she knows that all members of the community congratulate Prendergast and look forward to assisting and working with her to ensure her success!