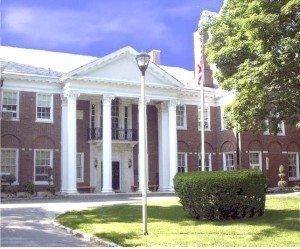 The Great Neck Public Schools Board of Education called for a $216,441,071 budget for the coming 2015-16 school. This preliminary working budget projects a 1.11 percent increase over the current $214,067,850 budget. The proposed budget was presented at the school board’s March 16 public action meeting.

Trustee Lawrence Gross introducing the budget numbers, noting the extremely difficult times for public education to thrive today in New York State. Stating that the Great Neck School District “has its house in order,” he touched on the many restrictive state mandates and the fact that state funding is “not reliable.” Sudden and severe state funding cuts hit Great Neck at the start of 1990, and the funding has only decreased since then. However, in spite of these cuts, Gross stated that the school district has still maintained its “Aaa” credit rating, “through a joint effort of all of the employees.”

John Powell, assistant superintendent for business, reviewed the basics of the budget. Budget revenue percentages call for the amount to be raised by property tax as 92.17 percent. State aid accounts for only $7,172,804, or 3.31 percent of the budget. Appropriated reserves are slated as 1.19 percent of budget revenue, with 3.33 percent listed as “miscellaneous.”

As for budget allocations, once again the largest portion goes to instruction, 73.93 percent. Buildings and grounds calls for 10.72 percent, 6.31 percent for transportation and 4.44 percent for general support. Other allocations include 1.79 percent for capital projects, 1.63 percent for adult education and recreation, and 1.20 percent for debt service.

At the start of the March 16 school board meeting, during public open time, members of the public have the opportunity to address issues of concern. Generally, three minutes is alloted to each speaker, but no one was cut off. The first issue facing the school board was a recent anti-
Semitic incident. Superintendent of Schools Thomas Dolan reported that anti-Semitic words had just recently been posted on a teenager’s Facebook page. Dolan firmly stated that the teenage writer was not a Great Neck student, nor was the particular Facebook page a school district sponsored page. And, he noted that the page had been taken down. Dolan had written a letter regarding the incident on the Great Neck School District web page, and he also thanked local rabbi, Rabbi Michael Klayman, for his concern and involvement in reaching solutions. When some parents called for more Holocaust related courses to be offered in Great Neck schools, Dolan said that the school district works hard to educate the students regarding the impacts of such acts.

Also a topic of great concern at the March 16 meeting was the parental cry to offer tenure to North Middle School Principal Dr. Anael Alston. While neither school board members nor Dolan would offer any comments, dozens of parents spoke strongly about Alston’s merits as a strong, effective school administrator and called for the opportunity to retain the principal many termed “visionary.“ No decision was announced and Alston was not present.