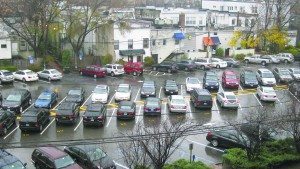 After more than a year of considering possible improvements to parking regulations in the Village of Great Neck Plaza, which included several meetings to receive public input from the community and the hiring of a consultant with expertise in the field of parking in downtown areas, the Plaza’s Board of Trustees adopted a local law amending various provisions in the Village Code relating to parking that will go into effect on Nov. 18. In the two months since the law was adopted, the village has been conducting public outreach to inform members of the Great Neck Plaza community of the upcoming changes, as well as preparing and installing updated signage and reprogramming the hundreds of on-street parking meters and Muni-Meter stations throughout the plaza.

After a review of the Plaza’s on-street and municipal lot parking conditions, Level G Associates, a renowned parking consultant that has been used for numerous municipalities across Long Island and the northeast, was hired by the village. The consultant found numerous troublesome situations regarding parking within the village, largely abuses by merchants and their employees utilizing street and lot parking that resulted in parking spaces not turning over as much as they should to maximize availability to shoppers. Based on their observations, Level G Associates presented the Village Board of Trustees with a study that recommended numerous changes to the parking provisions in the Village Code—several of which were adopted by the board—aimed to increase parking turnover in the downtown.

As part of the adopted changes, the fee for all parking meters (streets, lots and garages) will be $0.25 for 30 minutes, an increase from the prior rate of $0.25 per hour, which had been in effect for more than 20 years. Additionally, parking in the Gussack Plaza outdoor parking lot across from Village Hall will be restructured, with 29 of the approximately 100 parking spaces continuing to be four-hour parking and the remaining spaces being changed to two-hour parking. Persons parking at these designated two-hour spots will not be allowed to purchase more than two hours of time in the parking lot. Color-coded spaces will be painted to differentiate the two-hour and four-hour spaces. New signage will also be installed to indicate to patrons which spots correspond to the new time limits. In the village’s two parking garages, Plaza Centre and Maple Drive, permit parking will now be in effect until 5 p.m., Monday through Friday, with metered parking in both garages in effect from 9 a.m. to 6 p.m. for a maximum of two hours. The board is continuing its policy of free parking in the permit spaces in both garages after 5 p.m. on weekdays, and all day on Saturdays and Sundays. Maximum time limits in the Bond Street/Grace Avenue and Maple Drive lots, a four-hour maximum, will remain in place at this time.

To encourage more business owners and their employees to purchase garage permits and park in the designated longterm parking spaces in the village garages, the permit rate will remain $90 per quarter. Purchasing quarterly parking permits in the garages still is the most cost-effective way to park in the village for those who work there. The number of short-term metered parking spaces on the Plaza Centre Garage entrance ramp is being reduced to make room for more permit parking. Commuter parking permits in the Plaza Centre Garage will increase from $210 to $250 per quarter—an average of $4 a day—staring with the first quarter of 2016. This rate is consistent with the current rate charged by the Great Neck Park District in their three commuter lots in the plaza.

The village expects these measures will maximize the availability of the parking for shoppers and visitors to the community, increase turnover and prevent abuses and meter-feeding in our lots and at on-street meters. The changes adopted by the Village Board will be reviewed and assessed in subsequent studies by its parking consultant to ascertain whether the changes are achieving the desired effect. The Village Board will continue to monitor this situation and make subsequent changes to the law, as necessary, to enhance the efficient operation of village parking spaces and to ensure, first and foremost, that residents, shoppers and visitors to the community are able to park with ease in Great Neck Plaza.