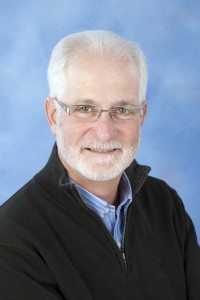 There is much excitement in the air as Great Neck author Andrew Kane is set to publish another book, his latest book The Day, The Night, to be released by Berwick Court Publishing Co. on March 31. This will be Kane’s third novel.

Kane, a clinical psychologist, practices in Lawrence and lives in Great Neck with his wife Debbie and their two children. This brand new novel is the story of a psychologist who discovers that a patient he is treating is a Nazi war criminal. And, all the while, the woman he has fallen in love with is really a Mossad agent on the Nazi’s trail. Much of the story actually takes place in Great Neck.

And how did this writing career begin? Kane said, “I was heavily into creative writing as a kid. Both my parents had serious physical illnesses and it was an outlet for me.”

Encouragement was a large part, added Kane: “My father really appreciated my stuff and used to always tell me I should be a writer, and I always dreamed of doing that as a career.” As Kane grew older “and more pragmatic,” he began to realize that “being able to make a living from fiction writing was highly unlikely…it’s a feast or famine market out there.” And so, Kane became a psychologist, which he felt was a “pretty good fit for me,” and he wrote on the side.

“My first book, Rabbi, Rabbi, did well,” according to Kane and his second book, Joshua, just took off and continues with strong sales to date.

As for this newest book, The Day, The Night, the story came to the author while working with a patient who had actually fought in the Polish resistance against the Nazis in World War II.

“He was an interesting and impressive individual, successful and proud,” said Kane, adding, “Something happened that drove him into a sudden depression and into my office…I can’t go into that, or divulge any potentially identifying information, but one night as I was contemplating his case, the idea for this story was born in my mind.” Thinking it over, Kane said, “What if he had actually been a Nazi who had been hiding behind a facade for many years? What if I learned this over time? How would I, as both a psychologist and a committed Jew, deal with this?” From there, Kane explained that his “fertile imagination” took hold,
“…and voilá, The Night, the Day.”

A book launch is now scheduled on April 16, at 7 p.m., at the Manhasset Barnes and Noble store, on Northern Boulevard.

Kane’s last novel, Joshua, A Brooklyn Tale, has had much critical acclaim and great commercial success. This book was recently re-released by Berwick Court Publishing Co. Kane’s first book, Rabbi, Rabbi, is also scheduled to be republished within the next few months.