The Great Neck Library Board of Trustees held its latest executive meeting, followed by a public meeting, at the Main Library on Monday, April 15.

After President Rebecca Miller called the public meeting into session, Vice President Weihua Yan requested that the minutes be approved for the past five board meetings. Every member agreed to do so. Miller then called on Acting Director Tracy Van Dyne, who asked the board to accept the latest payroll changes and some recent reports reviewed by the Finance Committee.

After discussing the payroll changes and the latest reports, Miller moved on to what was happening with the Branch Committee, for which Barry Smith is chair. Since Smith was not in attendance, Miller provided the updates. She reported that they had a successful meeting, where they discussed the upcoming Parkville Branch renovations. 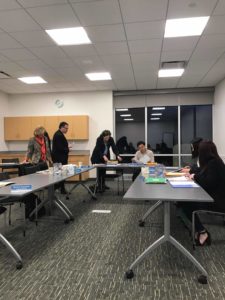 Next, Yan discussed the Main Building Committee, which met on March 27 to examine the library website. Reviewal of the website will be held at the next public meeting.

Van Dyne then discussed three grants currently in play: a grant for the STEM lab, one that Business Director Steve Kashkin is reviewing and a hotel/motel grant for the Levels Teen Center that
will be used for a video-recording studio.

In old business, the board voted on New York State 500-96 Sexual Harassment policy, which would require employees to be trained on workplace harassment. All members agreed to adopt the policy.

The first new business item raised was the 990 Tax Return Form and the NYS Annual Report on the library, which all members voted to accept. 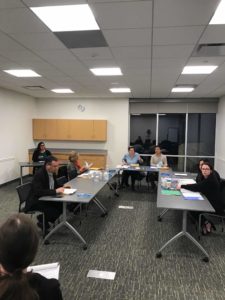 The board then agreed to appoint Rebecca Rosenblatt Gilliar as chair of the Ad Hoc Book Suggestion Committee. Following the Main Library renovation, Rosenblatt Gilliar saved tens of thousands of books from destruction. Through her intervention, about 15,000 of those books found homes with community members, and she returned about 400 legacy and large art books to Director Denise Corcoran before she departed. In an article Rosenblatt Gilliar wrote for the Great Neck Record, she discussed her plan to return an additional 2,000, mostly children’s books, to the library collection.

The final motion put forth was to approve an RFP for the search firm for a new library director.

The next board meeting will be held at the Main Library on May 14.

More Green For The Black

More Green For The Black