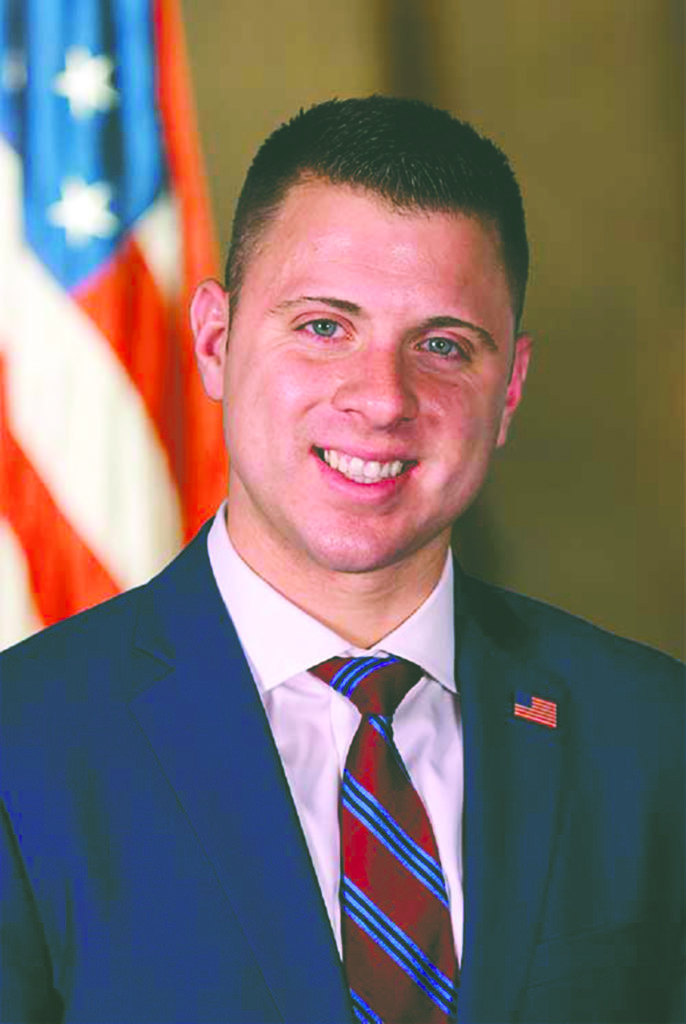 Cries of “defund the police” and “abolish the police” made their way to New York State’s legislators, who responded with legislation aimed at reforming the police. One of the most popular bills proposed, known as the “Eric Garner Anti-Chokehold Act,” would make it a Class-C felony for a police officer to use a chokehold or similar restraint. The bill passed in the New York State Assembly 140-3, and passed unanimously in the New York State Senate.

One of those three “no” votes came from District 9 Assemblyman Mike LiPetri of Massapequa.

“I understand the gravity of the situations that have unfolded, but we must remember that the heroes that protect our communities day in and day out also put their lives on the line every day,” LiPetri said when explaining his vote to his fellow lawmakers in a speech. “Officers must have all the tools available throughout the state to deter that criminal from hurting law-abiding Americans. The last thing I want to do is to disarm our police officers and put them at a disadvantage against a criminal.”

On Twitter, LiPetri added that “instead of legislating tactical decisions, we should focus on improving training, supervision and increasing our community policing efforts to solve the problems we face as Americans.”

In speaking about the vote to a reporter from Anton Media Group, LiPetri continually referenced his need to do what he felt was the right thing instead of being “P.C.”

The bill’s namesake, Eric Garner, was choked to death by an NYPD officer who placed him in a chokehold while arresting him on suspicion of selling loose cigarettes, even though the NYPD banned the use of chokeholds by its officers in 1993.

Garner was 34 when he died. Medical examiners ruled the death a homicide.

LiPetri is currently seeking the Republican nomination to succeed Peter King as the congressman for New York’s Second Congressional District. He is running against fellow Republican assemblyman Andrew Garbarino, who to this point has secured the lion’s share of endorsements from Long Island’s Republicans, including King’s.

LiPetri has campaigned in part on a promise to support law enforcement. Prior to entering politics, LiPetri served as a defense attorney for New York City, in which capacity he said he defended the NYPD in civil suits.

“As an attorney, Mike has worked with law enforcement and emergency services providers,” LiPetri’s biography page on the assembly’s website reads. “Understanding their commitment to our neighborhoods and their unwavering service, Mike will continue to advocate on their behalf and take steps to provide additional resources to help curtail the proliferation of heroin and other opioids in communities across the state.”