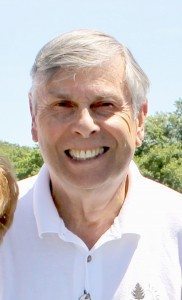 Great Neck Park District Commissioner Dan Nachmanoff is seeking re-election to his second three-year term. Elections are this coming December. Currently, Nachmanoff chairs the park board. Having already collected petitions and officially filed for his candidacy, he believes that his accomplishments and his strong government background make him the one for the job.
“Experience counts,” Nachmanoff told the Great Neck Record. A longtime Great Neck resident, he also served as mayor of Russell Gardens, as well as a village trustee, and served as president of the Great Neck Village Officials Association. At one time he was also appointed the Nassau County director of inter-governmental affairs, reporting to the county executive.
Nachmanoff is proud of all that he and his fellow commissioners Robert Lincoln and Ruth Tamarin have been able to do. “We work very well together and we have accomplished a lot,” he told the Record. With town approval for a new bond the park district will now have the ability to further enhance park facilities and improve infrastructure.
Providing new revenues without placing an additional burden on taxpayers is also a goal that Nachmanoff supports. Just months ago the park district rented daytime space in a park district owned parking lot at the Long Island Rail Road Station in Great Neck Plaza. A near-by supermarket rents part of the space for its customers (with store employees monitoring the parking) during hours not busy with commuters coming and going. “We look forward to finding more of this,” Nachmanoff said. “It’s found money … it reduces the need for more taxes,” he added.
Nachmanoff’s dedication to the Park District runs deep. His involvement with the parks was recognized years ago when he was honored with the first-ever “Friend of the Parks” award presented in 2001 for his service in helping to preserve and enhance local open spaces.
Back when he was Russell Gardens mayor and GNVOA president, Nachmanoff was already helping the park district. At that time, while he was representing all nine local villages, he helped the park district in its successful efforts to have the Cohan House landmarked, and along with that, helped the park district obtain that piece of waterfront property next to Steppingstone Park.
And, of course, he and his wife, children and grandchildren have enjoyed many years of fun-filled hours at the parks and at park district run events.
It is a long time until the Dec. 14 park district election, but Nachmanoff wanted residents to know that he hopes to continue his work. “I do not intend to do any active campaigning until late Fall,” he told the Record. Dan Nachmanoff just wants the community to know that he intends to keep on giving back to the community hat means so much to him.