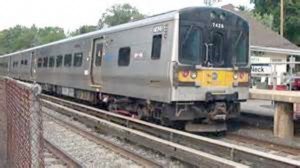 The MTA has released the draft schedules for LIRR east side access. The MTA/LIRR will hold a Virtual Public Hearing July 13, 2022 to receive comments from the public on the proposed schedules.  All Thomaston residents are urged to voice their opinions at this hearing.

In reviewing the proposed schedules for the LIRR Port Washington branch, we note the following:

Express service has existed for decades and certainly contributed to the intrinsic and real property values in Thomaston and Great Neck as a bedroom community to the City.  We must have express service of at least one (1) train per hour during peak travel times.

The proposed schedule shows an increase in time for train travel between Great Neck and the City.  This is not an increase or improvement of service for Great Neck.

The Village of Thomaston residents endured the construction of the pocket track extension and the Colonial Road Bridge (the first step toward LIRR east side access) and were told that there would be an increase in service.  In addition, our residents have and will continue to endure the noise associated with the increased number of trains stored or waiting along the pocket track.

The MTA must do what they have to do to restore express service for the Great Neck station.

We encourage all residents to speak out and share their comments at the MTA’s July 13th Virtual Public Hearing at 6:00 p.m.  You must register to view and/or comment at the public hearing via this link: https://mta-nyc.custhelp.com/app/meetings/register/h_id/131

We will share all concerns with the MTA/LIRR and our local legislators.