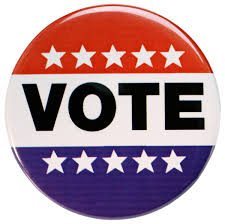 Six Great Neck villages (Great Neck Estates, Great Neck Plaza, Kensington, Russell Gardens, Saddle Rock and Thomaston) hold elections on Wednesday, March 18. Only one election is contested. In the Village of Great Neck Plaza, three candidates are running for two trustee spots. Each village clerk has been asked to reach out to all candidates, asking them to send the Great Neck Record a head shot, and a short 300-word statement including biography, experience and why the candidate is running for office. No criticisms of other officials will be accepted at this time. Some villages and some candidates do comply. In the weeks to come, we will publish all such election materials.

The Record accepts such candidate information for publication until March 5.

“My wife and I have lived in Great Neck Plaza since 2000. We were drawn to the beauty of the Plaza and loved its small town feel, shops, restaurants and proximity to Manhattan. Now with our two young daughters in elementary and middle school, we continue to take advantage of all the Plaza has to offer, including playgrounds, parks, family-friendly restaurants, summer concerts, festivals, shops and restaurant weeks.

“I am a graduate of Brooklyn Law School and Brooklyn College, with a degree in accounting. I am a CPA/tax practitioner at a Big Four accounting firm. My background and technical skills complement those of my colleagues in Plaza government and enable me to work effectively for the benefit of our constituents. Prior to serving as trustee, I was a member of the Plaza’s board of zoning and appeals.

“As a Plaza trustee, my greatest contributions include supporting the growth of the downtown business district, physical improvements to the Plaza, promoting Restaurant Week, advocating for our existing businesses and other efforts to attract shoppers and new businesses to the Plaza. Many new merchants have joined the Plaza in the last several years. We have also authorized capital improvements to improve traffic, public safety and the beautification of the Plaza, largely paid for with government grants. Upcoming projects include enhancements to Welwyn Road and Shoreward Drive, slated to begin within the year, and the rehabilitation of the Maple Drive parking lot. Also underway are plans to repave the streets in the Wyngate section of the Plaza, including restoring the Belgian block.

“I am running for re-election because I believe that Great Neck Plaza is a fantastic place to live and raise a family. I look forward to implementing these and future endeavors for the benefit of all our Plaza residents.”

I have lived and raised my family in Great Neck Plaza for 44 years and always believed that not only should you live in a community, but also give back. I first served on my homeowners association and accomplished ending a dangerous traffic situation on Welwyn Road. After being chosen by three mayors to serve on the board of zoning and appeals, where I was chairman for 17 out of 20 years, I was appointed trustee in April 2000. Elected by the residents seven more times as trustee, I have dedicated myself to improving the quality of life for the residents, business owners and visitors. Some responsibilities include being village representative to the Nassau County Village Officials Association and a director on the Great Neck Plaza Business Improvement District (BID), where we showcase our village. I personally organized the minimum amount of restaurants needed to make our first restaurant week a success. Other activities that I am responsible for include village representative to the Great Neck Business Circle, member of the Village Public Art Advisory Group and the Vigilant Fire Liaison Committee. Working with and overseeing the public works department, I put into fruition a program that provides an extra five free minutes when the time expires on parking meters. I am also very active in the beautification of the village and work directly with our landscapers to pick the right plants for beautiful seasonal planters.

“Working diligently and fiscally with the board, we have not gone over the governor’s 2 percent tax cap and have not raised village taxes for six out of eight years. Through difficult and effective cost cutting and good governing, we kept Great Neck Plaza on a strong and fiscal road. If I am re-elected, I will continue to serve with the same honesty, hard work and dedication to the Village of Great Neck Plaza.

Steven Weinberg moved to the village in 1992 and has been raising his family in Thomaston.

Weinberg is an attorney admitted to practice law in the State of New York and is a member of Gottesman, Wolgel, Flynn, Weinberg & Lee.

Weinberg served as village justice from April 1997 through March 2001. He then joined the board of trustees to learn more about the administration and management of Thomaston.

Weinberg served as deputy mayor from April 2003 through September 2014 before becoming acting
mayor and then serving as mayor
to the present.

Weinberg has also been serving as a director on the board for the Water Authority of Great Neck North from January 2007 to the present.