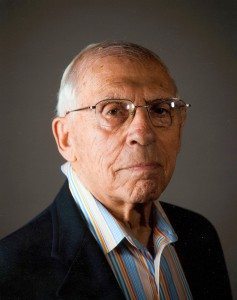 Melvin M. Sachs, a U.S. Navy veteran of World War II, and the leader and coordinator of the World War II Great Neck Veterans Group, has been chosen by the Great Neck Memorial Day Parade Committee to be grand marshal of this year’s parade.

Mel Sachs is a long-time resident of Great Neck, having moved here in 1947. As executive officer, then captain, of LST 1002, Sachs was involved in landings at Normandy in June of 1944. Then, via the Panama Canal, his LST traveled to the Pacific, where it took part in landings at Iwo Jima and Okinawa. After the war ended, Sachs was involved, in cooperation with the Chinese government, in the repatriation of Japanese prisoners of war and the return to their native lands of Chinese and Korean civilians who had been shipped into forced labor in Japan. For his services, he was awarded a Certificate of Meritorious Service from China President Chiang Kai-Shek.