The 95th annual Great Neck Memorial Day Parade marched down Middle Neck Road on Monday, May 27. The parade concluded at the Village Green with a ceremony to honor those who have served, those who have given the ultimate sacrifice and those who are currently serving in the U.S. military.

Five divisions marched in the parade. The first division consisted of the U.S. Merchant Marine Academy Band, the U.S. Merchant Marine Academy Plebe Class, Grand Marshal Colonel David M. Lange, U.S. Air Force (retired), and a military vehicle that had belonged to Ray Plakstis, Jr., the former Village of Great Neck deputy mayor and 9/11-responder who passed away on Nov. 30. The driver of the vehicle, longtime family friend Dee Campbell, said that “as long as his family is still in town, it will be in the parade.”

The second division began at Overlook Avenue and was composed of the combined Great Neck fire companies. Tyler Plakstis, son of Ray Plakstis, Jr., rode with the fire departments.

After the parade concluded around 11 a.m., the ceremony began. The Combined Color Guards opened the ceremony with a posting of colors and parade chair Louise McCann delivered the opening remarks.

“Memorial Day is not about barbecues and going to the beach, it is about remembering those who gave the ultimate sacrifice for our country,” noted McCann.

Father Tapel then spoke about the importance of faith and honoring our veterans. Next, awards and honors were presented to many of the veterans in attendance.

The ceremony ended with thanks to the participants, organizers and local officials, as well as to Ray Plakstis, Jr., for all he did for the community. 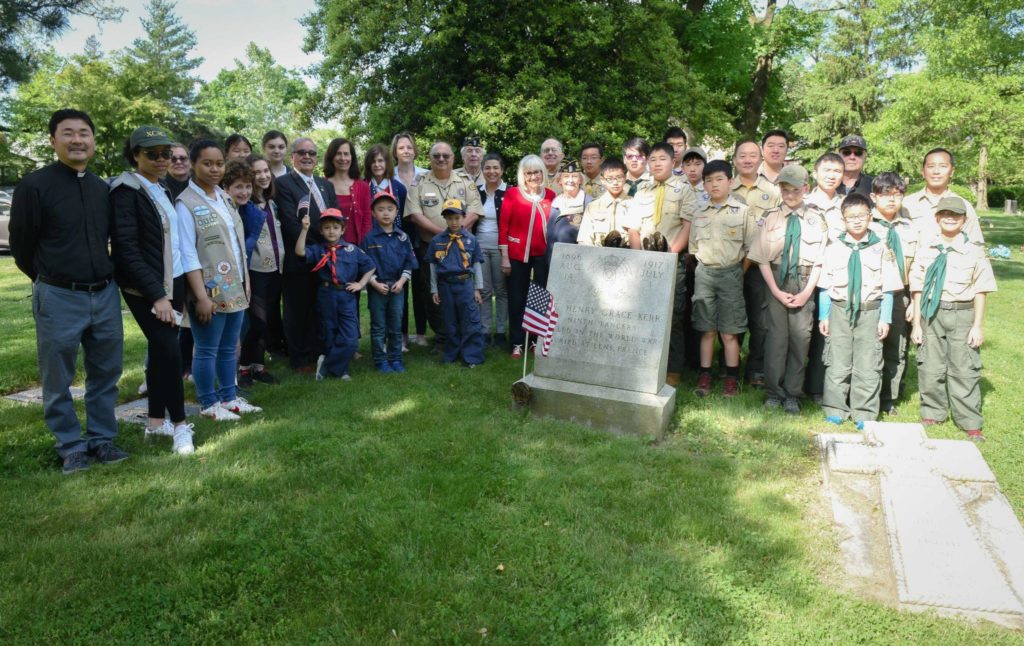