Well, it looks like we must be pretty careful when it comes to checking out new neighbors these days. A long-time Great Neck family just discovered that a family of squirrels had moved into the neighborhood, not next door but right in their chimney.
Although the homeowners had been vigilant in protecting their home, even having chimney professionals put a cap on the chimney, the squirrels arrived anyway, unknown to any neighbors. While friends and family relaxed at the family pool just last week, someone noticed squirrels scurrying around the roof, in and out of the chimney.
Surprised, and more than a little concerned, the homeowner called their chimney experts, Certified Chimney Service; the workers arrived quickly. 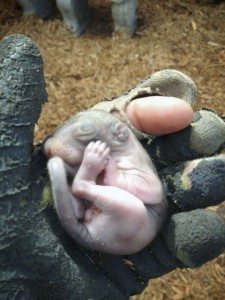 Owner Charles Mc Carthy told the Great Neck Record that instances where squirrels invade a chimney are “very common around here … if there’s no cap on the chimney, or no damper.”
McCarthy’s company repairs and rebuilds chimneys. And, in addition, they clean out chimneys. In this case, with the squirrels right at home, the workers found a three-foot nest of twigs, leaves and grass right inside the chimney, along with three newborn squirrels quietly nesting.
When McCarthy and his staff discovered the squirrels, the “frantic” mother squirrel was watching the event from a near-by tree and “in true mother fashion” went after the workers. “We had to beat her away,” McCarthy explained.
However, the men worked hard not to hurt the mother squirrel nor to hurt her babies. “We do this as humanly as possible,” McCarthy explained. The men removed the babies, who were no older than a day and still had no fur, and placed them in a box in the side yard. “We were hoping the mother will come back for them,” he added.
When the Record soon after went to take a photo of the babies, they were already gone. The expert was right, the mother had returned and moved her babies to a new nest.
McCarthy further explained that his business is always careful to remove the little wildlife and cause no harm. “I’ve read about people in other states getting into trouble with the law when they remove wildlife and cause injuries,” he said. “We don’t do that.”
So if you do have concerns over unwanted, furry new neighbors, Charles McCarthy and his company, Certified Chimney Service, can be reached at 516 822-0834.