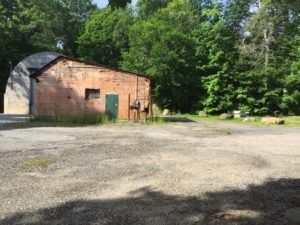 Senator Jack M. Martins and Assemblywoman Michelle Schimel will be introducing legislation to authorize the Village of Kings Point to continue their municipal use of land that has housed their public works facilities for the past 70 years.

“Achieving a fair, equitable solution that balances the needs of the community has always been the goal. This legislation accomplishes that,” said Martins. “This protects residents’ quality of life and reduces the amount of land currently used by the Village in Kings Point Park while ensuring the village can continue providing important services to residents.”

Schimel continued, “The legislation we propose strikes an important balance for the community. It’s been a long, arduous road, and the goal has always been to be fair.” 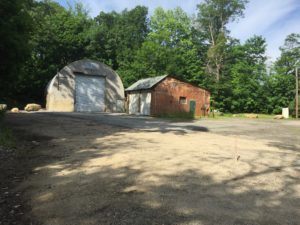 The Village of Kings Point has had public works buildings on a portion of Kings Point Park for the last 70 years. Historically, the village has used approximately 3 acres of the parkland for operations, storage and other related purposes.

In 2009, the village sought to expand its use of the park to 5.45 acres for a new public works facility; that would have required numerous trees to be razed and brought the boundaries of the facility far closer to surrounding homes. Local residents, concerned about the quality-of-life impacts, successfully sued to stop the plan; a 2014 State Court of Appeals decision ruled that state legislation was needed in order for the village to continue utilizing the site.

Since that time, the village offered several proposals for the new facility. While each decreased in size from the previous version, all of them would have increased the current usage area and extended deeper into the park.

The legislation Martins and Schimel are introducing, which was developed in conjunction with Kings Point Village officials, would restrict the village to using a 1.1 acre parcel, which is smaller than their current use on the site. This would eliminate the need for widespread tree razing and preserve the quality of life for the surrounding homes. Additionally, a fence would be installed around the perimeter to clearly delineate the area and prevent “creeping” into the undeveloped park areas.

“Along with my colleagues on the board of trustees, we are appreciative of the ongoing efforts of our state lawmakers regarding this matter,” said Village of Kings Point Mayor Michael C. Kalnick. “The 1.1 acres of land being set aside, which has been reduced dramatically from the area the village has been using for the past 70 years, will allow us to provide critical services to the residents of Kings Point.”