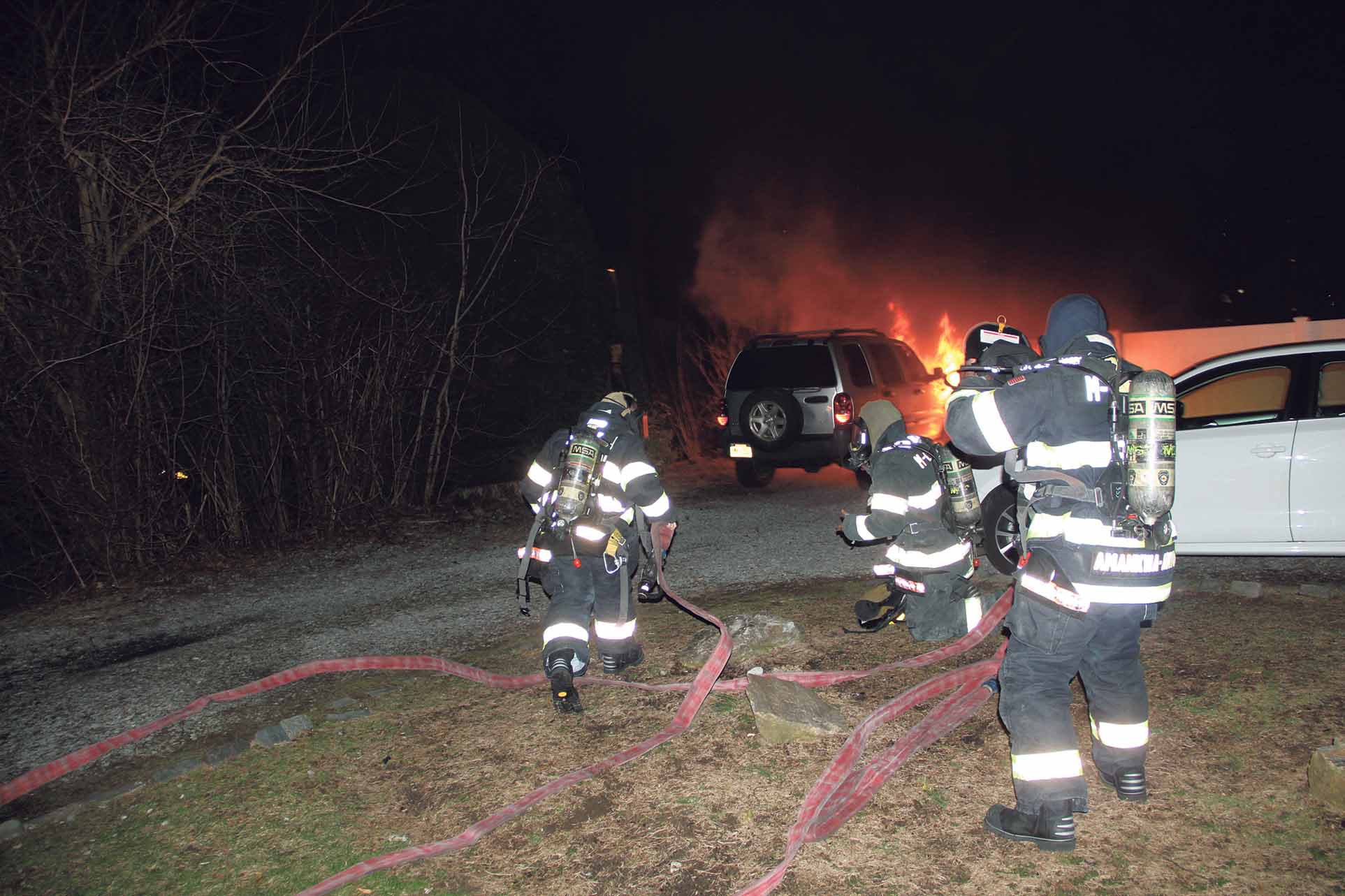 The Manhasset-Lakeville Fire Department (M-LFD) Company 3 was dispatched to a reported car fire on Susquehanna Avenue in Thomaston on March 15 at approximately 8:43 p.m. Deputy Chief William “Benny” Mazurkiewicz and all three pieces of apparatus from Company 3 were on the scene within minutes of the alarm and confirmed an involved vehicle fire in the driveway of a Susquehanna Avenue residence. The fire was quickly extinguished by the M-LFD volunteers with a hose line off of Engine 8735. All units were released from the scene within a half hour.