A man was arrested in Russell Gardens on Wednesday, Aug. 28 after entering the homes of residents by pretending to be a village official.

Jonathan Guzman, a 33-year-old man who police say lives on 91st Avenue in Queens, told homeowners he was a licensed subcontractor for the village and needed to check their gas and electric meters. Using that false pretense to gain entry to two homes, one on Tain Drive and the other on Clent Road, Guzman proceeded to steal from the homes.

Villagers became suspicious when he would leave without reporting what he found or charging for the services he was supposedly there to render, and contacted the Russell Gardens Village Hall to find out if the man really worked in their employ. Village officials told them he did not, and one concerned village employee reached out to police to inform them about the incidents and pass along Guzman’s description. 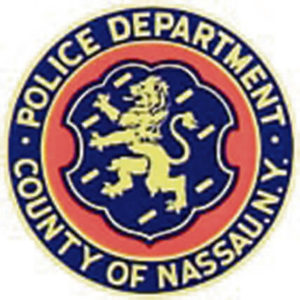 Guzman was arrested while driving a car that fit the village official’s description by officers of the Nassau County Police Department and was arraigned by a judge in the Nassau County First District Court in Hempstead on Thursday, Aug. 29. He has been charged with two counts of second-degree burglary, two counts of second-degree criminal impersonation and one count of fifth-degree possession of stolen property. The first two charges are class-C felonies, while the final three are class-A misdemeanors. A conviction on a Class-C felony in the State of New York carries with it a minimum sentence of three and a half years in prison and a maximum of 15 years.

Guzman is being represented by a defense attorney from Hempstead’s Legal Aid Society of Nassau County, and the prosecution is being handled by an assistant district attorney for the county.

Guzman appeared in court for the second time on Monday, Sept. 3. The Great Neck Record was not able to obtain details regarding the details of this appearance prior to publication of the article.

County residents can report suspicious activity to police anonymously by contacting Nassau County Crime Stoppers either at 1-800-244-TIPS or online at www.nassaucounty.crimestoppersweb.com.