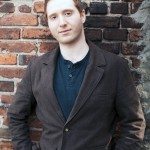 Great Neck native Dan Levinson has just written the first of a series of exciting books, Fires of Man. Reviews term this a “complex plotlines and rich characters … sure to please.”
Levinson is a writer of science fiction, fantasy and horror. His musical, Bathory, a historical look at the political machinations behind the story of the “Blood Countess,” was co-written with his brother, composer/lyricist David Levinson, and was a NYMF finalist in 2009. Fires of Man, his debut novel, is available now from Jolly Fish Press. It is volume 1 in what will be his Psionic Earth series; Levinson is already under contract for two sequels. 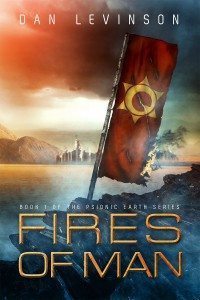 The story shows two great nations, Calchis and Orion, battling for global superiority in a world where a gifted few can manipulate reality with their minds—psionic (supernatural) powers. The story begins in the heart of Calchis, where a powerful young psion is kidnapped, and forcibly conscripted. To the north, in the capital, a plan is hatched to decimate Orion, to be carried out by the ruthless operative known only as “Agent.” In Orion, fresh recruit Stockton Finn comes to terms with his incredible new powers, and learns ﬁrsthand how dangerous they can be. Meanwhile, Orion ofﬁcers Nyne Allen and Kay Barrett navigate the aftermath of their shattered love affair, oblivious to the fact that Calchis draws ever closer to destroying the tenuous peace. Amid all this, Calchan archaeologist Faith Santia unearths a millennia-old ruin in the arctic land of Zenith. This lost temple might hold the hidden history of psionic powers, as well as hints of a deeper mystery that could shake the foundations of all mankind.
Levinson has studied with authors Irini Spanidou and John Reed, playwright Daniel Goldfarb, and screenwriter Jacob Krueger, among others. He is a member of the Paragraph NY writer’s workspace, and can frequently be seen attending their monthly events. He graduated from NYU with a BFA in 2007.
For inquiries about Fires of Man, including stocking, signings and Levinson’s book tour, contact Marissa Shields at marissa.s@jollyfishpress.com