Due to an overwhelming interest by members of the public to make their voices heard on service changes proposed by the Long Island Rail Road, the LIRR has announced two additional virtual public meetings so senior LIRR leaders can receive feedback about the proposed schedules.
The additional public meetings were requested by New York State Senator Anna M. Kaplan (D-North Hills) and Assemblywoman Gina L. Sillitti (D-Port Washington) after a hearing reached capacity, leaving many residents in their community still seeking an opportunity to have their voices heard on the proposal that will dramatically impact service for Long Island Rail Road commuters on the North Shore and those traveling to Atlantic Terminal on the Main Line. 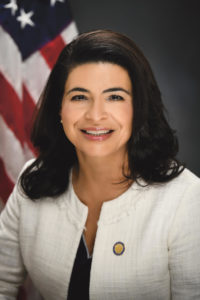 Senator Kaplan said “we’ve already heard from thousands of residents in our community who are rightly upset about the proposed changes that eliminate express trains on the north shore and make it harder for commuters to reach Atlantic Terminal in Brooklyn, but it’s vital that every impacted resident have the opportunity to make their voices heard with the MTA before any service changes are decided upon. I urge every resident who hasn’t yet done so to either submit a formal comment to the MTA in writing, or sign up for one of the upcoming virtual hearings to make their case directly to MTA leadership.”
Assemblywoman Sillitti said “I would like to thank all of the commuters, residents, and community leaders who attended the first public hearing and voiced their concerns to the Long Island Rail road about the proposed schedule changes. It is because of your activism that we reached capacity at the first hearing and will now be having two additional meetings in the near future. Together we can continue to advocate for change and I remain hopeful that we are getting closer to a solution to help alleviate our residents’ concerns.” 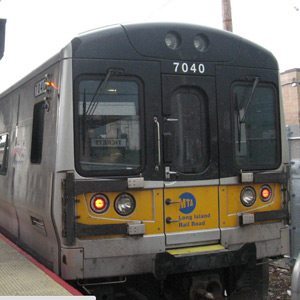 Last week, the MTA capped registration for the first virtual public meeting on the proposed changes at 257 registered speakers, leaving many without an outlet to be heard directly by MTA leadership. Understanding that there are still many commuters still wishing to be heard in this process, a fact underscored by the over 2,650 respondents to a survey by Senator Kaplan and Assemblywoman Sillitti, the Senator and Assemblywoman advocated for the MTA to add the additional public forums to give everyone a chance to speak out.
The new meetings will be held on the following dates:
• Thursday, Aug. 4: 6 p.m.-8 p.m.
• Thursday, Aug. 11: 6 p.m.-8 p.m.
Members of the public wishing to speak at the meetings should register at new.mta.info/grandcentralmadison. Registered speakers will be limited to 250 per meeting. Registration to speak August 11 will open August 4.
Those wishing to submit written comments on the draft schedules may also do so at: mta-nyc.custhelp.com/app/meetings/comment/h_id/131
Residents who have not yet done so are also urged to click here to take a survey by Senator Kaplan and Assemblywoman Sillitti, the results of which will be shared directly with leadership at the Long Island Rail road and MTA.
—Submittted by the office of Senator Anna M. Kaplan