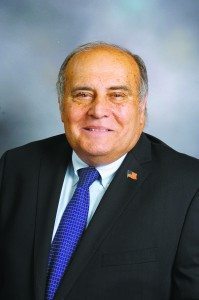 The votes have been tallied in the Tuesday, Dec. 8, Park Commissioner race. Robert A. Lincoln, Jr., won another three-year term as Great Neck Park District Commissioner with 780 votes. Chandev “Sean” Perera was defeated with only 131 votes. This will be Lincoln’s sixth term in office as commissioner.

“I am humbled by the support,” said Lincoln, who has been a resident of Great Neck all his life. “It’s a message from the people that they like the way we’re running the Parks Department.”

A graduate of Adelphi University, where he earned a bachelor’s degree in business management, Lincoln was executive director and superintendent of the Nassau County Vocational Education and Extension Board until he retired in 2013. He was responsible for the operation of the Nassau County Fire Service and Emergency Medical Services Academies in Old Bethpage, the School of Practical Nursing, now in Hicksville, and the Public Safety Education Division at the Firefighters’ Museum located at the Cradle of Aviation. The Parks Commissioner served there for 35 years, starting as a substitute instructor, rising to supervisor of the Fire Service Academy, then deputy superintendent and, finally, superintendent. He also served as a member of the Fire Service Training Standards Committee of the National Fire Protection Association for 20 years.

Lincoln has been involved with the Park District since the 1970s and provided the groundwork that led to the development of the defibrillator program that’s in place at Great Neck’s major parks and facilities—and has personally donated two defibrillators to the parks.

He was elected to the board of commissioners of the Great Neck Park District in December 2000, 2003, 2006, 2009, 2012 and now in 2015. Lincoln’s background in both government and the private sector has brought a unique perspective to the Park District in the areas of planning, maintenance and administration. He is a tremendous advocate for all users of Great Neck’s parks and cares about people of all ages and interests. His new term will begin on Jan. 1, 2016.