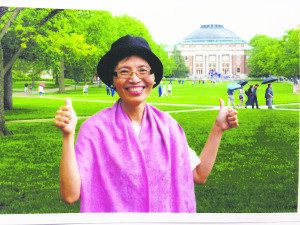 The board of the Great Neck Chinese Association (GNCA) recently launched a community service award named after former board member Lily Wang. The GNCA Lily Wang Community Service Award was developed to honor people making significant contributions to the community through time, actions, talents and dedication, outside any volunteer work performed for their employer. The honoree will serve as a role model for compassion and service and be someone who is striving to make Great Neck a better place. 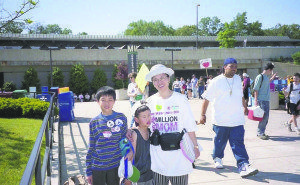 The GNCA Lily Wang Community Service Award was made possible by a generous donation from Lily’s husband, Yinfang Wang, after Lily passed away in September 2015. Yinfang believes that the award would have been Lily’s wish since it combines two things she devoted much of her life to—community service and the Great Neck Chinese Association. 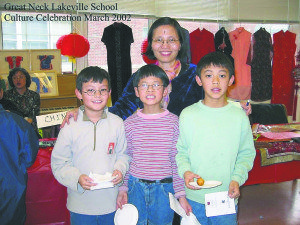 Before Lily had a relapse from breast cancer in late July, she was actively organizing various community events, such as the Jews in China Talk by Professor Xin Xu at Temple Beth-El. 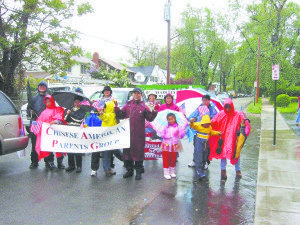 According to Yinfang, Lily’s community involvement started with her desire to provide a better learning environment for her children. When the Wang family first moved to Great Neck in 1992, there were very few Chinese Americans in the community. Yinfang recalled that things were “difficult” back then, because they had little voice in the community. 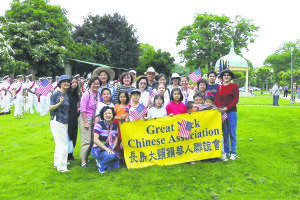 Lily was set to bring changes. In 1999, she founded the Chinese American Parents Group (CAPG) in order to bring people together. Joanne Chan noted that Lily purposely named this organization a “group” instead of an “association” because she wanted to connect either horizontally with other groups, or vertically with other associations. 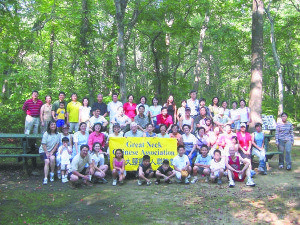 CAPG was later integrated into GNCA for which Lily served as a board member for many years. Through Lily’s involvement with the PTA (Parent Teacher Association) and the UPTC (United Parent Teacher Council), she brought Chinese New Year celebrations to schools, helped start the Chinese Yo-yo Club, and never missed an opportunity to present Chinese culture and traditions. 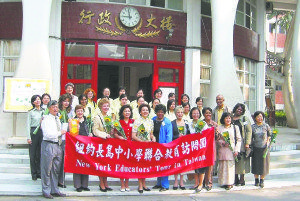 Lily Wang was born in Taipei, Taiwan, and graduated from the National Chung Hsing University in Taiwan. She emigrated to the United States in 1982, and attended graduate programs at the University of New York at Stony Brook. She was a star agent at Allstate Insurance Company for more than 20 years. In 2014, she became an adjunct professor at New York City College of Technology. To most in Great Neck, Lily was best known for her community activism. 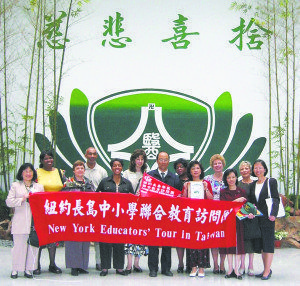 In December 2015, a memorial service called The Lily That I Know Of was held at Great Neck House. Close to 100 people attended and Lily’s friends shared their fond memories of her. Many of them spoke of her leadership in bringing people on board, sometimes just by a phone call. 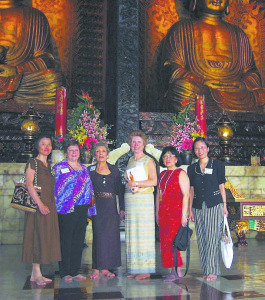 Lily’s passion and genuine care for people inspired them to join her and participate in community services. Lily’s community contribution was also embracing. Her friend Lori Beth Schwartz commented on Lily’s participation with Temple Beth-El’s Sisterhood retreat, “I was inspired by Lily’s devotion to bringing the culturally diverse communities in Great Neck together.”

Alice Ngai-Tsang, a current GNCA board member, often fondly recalls receiving her first call from Lily after moving to Great Neck. “In her world, there is no color, age, religion, culture attached to faces,” said Ngai-Tsang. “There is only pure love and friendship.”

At GNCA board meetings, Lily’s name is still brought up often, which makes one feel that she had never left. Now, with the GNCA Lily Wang Community Service Award, the GNCA board hopes that her name will continue to inspire and be remembered by many generations to come. 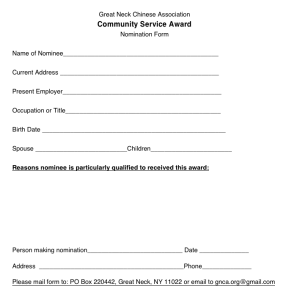 GNCA has formed a search committee and welcomes nominations from the Great Neck community. Any resident of the Great Neck Public School District older than age 21 may be nominated with the exception of members of the GNCA board. The deadline to nominate a candidate is May 30, and the form can either be downloaded here or completed on the Google form. The award winner will be honored at the GNCA’s Annual BBQ on June 19. 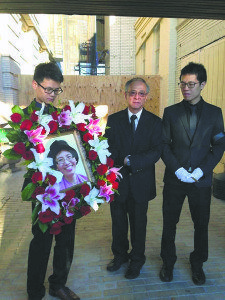 The Wang Family declined gifts made to the family and asked that donations be made to the Lily Wang Fund under the care of the GNCA. To donate with PayPal, please send the gift to gnca.org@gmail.com. To donate with a check, please make it payable to the Great Neck Chinese Association and mail the check to PO Box 220442, Great Neck, NY 11022. Note “Lily Wang Fund” on your contributions.

Read about the award winners here.