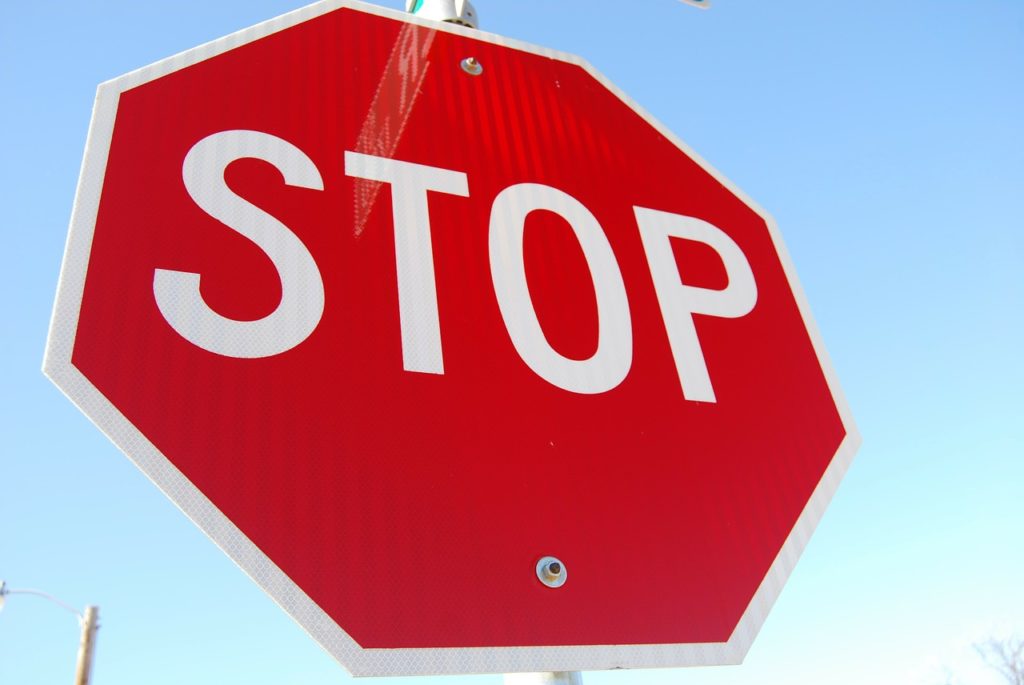 I know we live in a world where people have developed a sense of entitlement and where they consider themselves exempt from laws and such, but I am here to tell you that you aren’t. You aren’t entitled, you aren’t exempt, and you aren’t better than everyone else.

On each street in America there are these red, metal, octagonal shapes on long poles with the word STOP on them. These are called stop signs and many people choose to ignore their existence and just keep on driving. For those who pause and neglect to stop, they are not Pause signs, if they were, the word on it would say Pause. This practice of running stop signs and ignoring the fact that children, parents and other people are crossing the street and have the right of way has to stop. Not only are you endangering the welfare of other people, you are causing potential car accidents every time you do this. I know your schedule and appointments are important and you want to get there on time, but stopping at a stop sign or two won’t do anything significant to hinder your arrival at wherever you are going.

Realistically, I don’t expect those who run stop signs to actually read this or acknowledge they do anything wrong but the optimistic part of me is hoping. Please, if you actually take a minute to read this, allow yourself a few more minutes to step out of your bubble and recognize that you are wrong in this instance(s). Please, the next time you encounter the red octagon, stop your vehicle and pay attention. I promise, the extra 30 seconds it takes is really not a big deal.