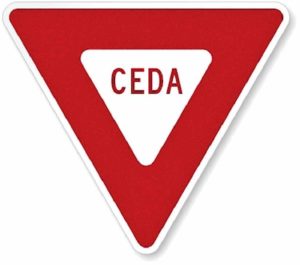 I’ve been on the Citizen’s Advisory Committee (CAC) that Mayor Bral set up to gather community input for the Village of Great Neck revitalization plan. I’ve been to two of the meetings held to air VHB’s master plan, and I watched the third on Facebook while in Costa Rica. I’ve held my tongue at meetings, other than defending the Great Neck Public Schools for spending money on special education classes. While I didn’t speak up at these meetings, I did listen. I’ve been digesting what I heard and have been thinking about things.

It’s clear that the plans for East Shore Road should be scrapped—the opposition was fierce and included letters of protest from the mayors of neighboring Kensington and Thomaston. This brings up one point about the Master Plan, and the main point of opposition raises another.

While the villages are independent, it’s clear that we are inexorably linked—the peninsula just isn’t that big, so that the plans of one village impact the next. Going forward, efforts should be made to cooperate and coordinate plans. The proposal for Millbrook Court does not exist in a vacuum and, so, another project one block to the south, at Clover Drive, in addition to the Millbrook Court expansion, will create an interesting situation between Allenwood Road and Wooleys Lane along Middle Neck Road. There does need to be a master plan for the peninsula.

The main opposition to the East Shore Road portion of the plan comes down to one word: traffic. The study said that development on East Shore Road would not have a “significant” impact on traffic. I believe that projecting traffic patterns into the future is beside the point. What is the plan for dealing with the traffic we already have? This was simply not addressed at all by VHB.

While “Traffic Calming” on Middle Neck Road was recognized as a worthy goal by VHB, with particular intersections pointed out, I didn’t hear any ideas on how to go about achieving that goal. I maintain that making the village “more walkable” isn’t a question of getting from north to south, but of simply crossing the street.

Another aspect of the plan that I think needs to be shelved is the idea of five-story buildings along Middle Neck Road. Community opposition was loud. Tall buildings are simply out of scale with the suburban village people move here for. It seems as if four-story buildings are on the way, with one floor of retail topped by three stories of apartments. To be honest, I personally would prefer a total of three stories—one for retail and two floors of apartments, but I think this could be one area of compromise.

This brings me to Costa Rica. I just drove around the country for a week and learned a new word to add to my rudimentary Spanish vocabulary. The verb is ceder, which means to yield. I watched, and joined, an entire country of people who yield. It’s a matter of survival. Cars going up hills in the slow lane, cars at intersections without traffic lights, cars waiting for pedestrians to cross the street—they all yielded. Coming from here, you can imagine the culture shock.

I thought about testing this here in town, at one of the pedestrian crossing spots marked with those signs reminding drivers that it’s New York State law to yield to pedestrians. Then, I came back to reality—I wasn’t prepared to risk life or limb in the name of scientific research, as I watched drivers zooming down Middle Neck Road with no concern whatsoever for people.

Even something as (theoretically) easy as yielding to pedestrians would require such a radical shift in local behavior that I’m not sure we could do it. And, if we can’t even stop to let people cross the street, how can we yield to each other’s ideas about how to proceed with revitalization?