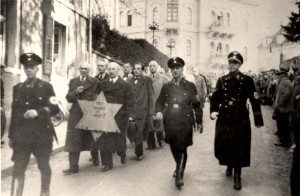 Queens College will be holding a Kristallnacht commemoration, presented by the Center for Jewish Studies and Sinai Chapels of Fresh Meadows, on Sunday, Nov. 15, from 2 to 4 p.m. at LeFrak Concert Hall. This annual event is held to recommit to combating anti-Semitism and hatred. The Honorable Elizabeth Holtzman will be presenting the keynote address, Bringing Nazi War Criminals in America to Justice.

Elizabeth Holtzman began her distinguished career in public service in 1973 when she won a Brooklyn congressional seat in a major political upset to become the youngest woman ever elected to Congress—a record she held for 42 years. She won national attention for her role in the impeachment proceedings against President Richard Nixon during Watergate and also won international acclaim for her pioneering work in bringing Nazi war criminals in America to justice. She secured passage of the law, known as the Holtzman Amendment, that facilitated the removal from the U.S. of those engaged or assisted in acts of Nazi persecution. In 1998, President Clinton appointed her to a federal panel that oversaw the declassification of more than eight-million pages of U.S. government secret Nazi war crimes files.

As a leader in the women’s movement, Holtzman cofounded the bipartisan Congresswoman’s Caucus and authored legislation protecting the privacy of rape victims. She is the only woman ever elected DA in New York City, as well as the only woman to serve as the city’s comptroller. She is the author of three books and numerous op-ed pieces, and has appeared on TV and in films, including two Academy award-winning documentaries, Hotel Terminus on Gestapo Chief Klaus Barbie and Women—For America, For the World on nuclear disarmament.

In aiming to be the premier community resource for Jewish intellectual endeavors in the Queens–Long Island area, the Center for Jewish Studies at Queens College has become one of the best-known in the country. Through its outreach and research exploring the more than three millennia of Jewish civilization, the center bridges QC’s academic Jewish studies program and the community. Its attractive educational and spirited cultural programs on campus—lectures, symposia, conferences, film festivals and artistic performances—are all open to the public, most at no cost.

The program on Nov. 15 will also include a candle-lighting ceremony with Holocaust survivors escorted by student fellows from the college’s Center for Ethnic, Racial and Religious Understanding, each of whom makes a commitment to combat anti-Semitism and hatred after introducing a survivor. There will be a multicultural invocation and audiovisual and musical interludes.

This program is supported by Sinai Chapels, a funeral home in Queens serving New York’s Jewish Community for four generations, which is owned and operated by Michael Resnick and his family. Resnick will be recognized at this year’s event for his years of support to the Center for the Jewish Studies.

This event is free and open to the public. For directions, go to www.qc.cuny.edu/about/directions/pages/default.aspx.