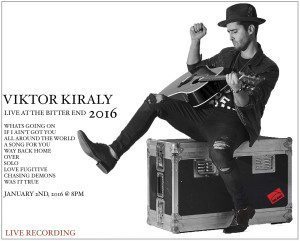 Viktor Király, who first sang on the Great Neck North High School stage, continues to prove that being a contestant on The Voice was just the beginning of his music career in America. The singer songwriter made his way onto the stage of New York City’s oldest rock and roll club, The Bitter End. “For me, this is a small step in the right direction, actually, it’s a big step,” said Király. 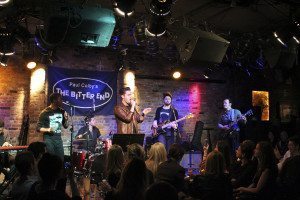 The club is famous for hosting legendary artists such as Stevie Wonder, Bob Dylan, Jackson Browne, Randy Newman, Norah Jones and Woody Allen. Király was most excited about playing at The Bitter End since his all-time favorite singer Donny Hathaway once performed there. 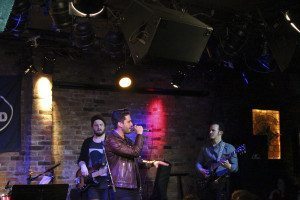 Király packed the house on Jan. 2 at 8 p.m. and kicked off the New Year with a full hour of songs, new and old. The Bitter End inquired about Király after hearing his performance of “What’s Going On” on The Voice and invited him to come play, which Király described as “amazing.”

He started the set with what has essentially become his theme song, “Way Back Home,” symbolizing the artist’s return to America after spending several years in Hungary, his parents’ home country. He continued with Marvin Gaye’s “What’s Going On,” the song that got him through the blind auditions of The Voice this past fall. Király accredited much of his success on the show to that performance. Interestingly, Donny Hathaway performed the most famous rendition of this song, which was recorded at The Bitter End. 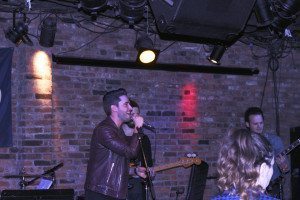 Next up was his 2010 Hungary national number-one hit, “Solo,” during which the singer encouraged crowd participation. Lisa Stansfield’s “All Around the World,” the last song Király performed on The Voice before being eliminated, followed. 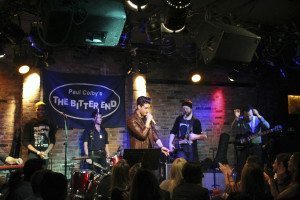 By this time, Király had captivated the entire room. People of all ages were in awe of how talented the Great Neck native truly was. Király figured it was the right time to bring out a brand-new song, “Soul Fire,” which he had written just weeks before. In fact, the lyrics were so new that he kept the sheet music on a stand in front of him.

Scanning the room with a mixture of nervousness and giddiness, Király stated how this would be the first time he’s sharing the song. “Soul Fire” set the crowd on fire, hinting that Király might be on his way to having an American number one hit. 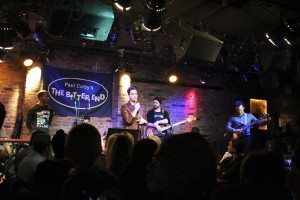 Király finished the night off with a rendition of Alicia Keys’ “If I Ain’t Got You,” followed by three of his own songs, “Love Fugitive,” “Was It True” and another Hungarian number one, “Fire,” during which he introduced the band to the audience.

Király will return to Budapest for the next three weeks and then return to New York to continue what he’s recently started. His goal is to spread his name and music across the entire country. In addition to local New York performances, there has been discussion of shows in Florida and possibly Chicago. For Király, the possibilities are endless.

Learn how Király got started in this article from Great Neck Magazine.

Read about his experiences on The Voice here.