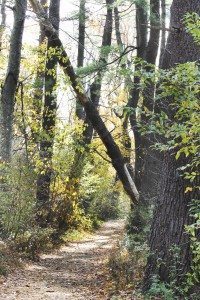 An apparent suicide was reported last week, as a Great Neck resident was found dead in Kings Point Park. The body was found on Monday, July 20. At press time, the name of the deceased still had not been released by Nassau County Police.

Kings Point Police Commissioner John Miller told the Great Neck Record that police were first made aware of a possible suicide on Sunday evening, July 19. The Kings Point Police Department received word from the Nassau County Police Missing Person Squad that they “thought: there might be a suicide, or a suicide attempt, in Kings Point Park.” Miller said at that time there were some possible “health concerns” regarding the man, but nothing definitive was mentioned. The suicide victim supposedly lived in the Allenwood area of Great Neck and reportedly his wife had called in the missing persons report. She had provided police with some information that possibly indicated a suicide attempt.

Great Neck Neck Part District Chairman of the Board Robert Lincoln told the Record that he believed that, according to what he had heard from the scene, messages to the victim’s wife indicated that this was a suicide. And although Park District employees were on the scene, the police, and not the Park District, was directly involved.

According to Miller, at about 9:30 a.m. the following morning, Monday, July 20, Nassau County Police detectives were at the scene to search the more than 175 acre park, a part of the Great Neck Park District. Miller said that the county police were already “set up” with search equipment when the village police arrived. “It looked like a war zone,” Miller said.

Helicopters were already flying as they surveyed the park. “They did not know if they were dealing with a suicide or if the man was hiding,” Miller said.

Miller also told the Record that plebes from the nearby United States Merchant Marine Academy in Kings Point jumped to the task when asked to help with the search. Having spoken to the USMMA commander, asking for help, 22 of these new students were there to offer their services by the time Miller arrived the park that morning. These new recruits came early, backpacks on, all ready to help. The Academy has often been a great help to the Kings Point Police, according to Miller

Nassau County Police Department’s Public Information officers told the Record that they do not offer reports on suicides.