Following several years of courtroom battles, New York State’s Court of Appeals, the state’s highest court, ruled in favor of a resident, forcing the Village of Kings Point to abandon plans for a public works facility on land now deemed “dedicated parkland.”
The 7-0 court decision affirmed that the land in question cannot be used for purposes other than parkland, unless new law is approved by the New York State Legislature. 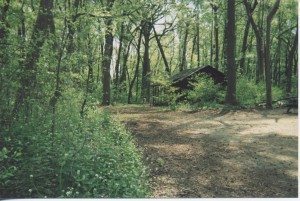 Kings Point had originally (in 2008) planned to take down the trees on more than five acres of property situated on a corner in Kings Point Park, to build a public works facility. Residents complained, and the following year several neighbors, including the plaintiff, Daniel Capruso, who lives in the neighboring Village of Great Neck, filed papers. Capruso lives close to this park site.
The court’s decision last week rejected Kings Point’s claim that the lawsuit to block the public works building was filed too late and thus barred by a statute of limitations.
Steve Limmer, attorney for Kings Point, told the Great Neck Record that the court’s decision is “unfortunate,” but now “the village will have to comply with the law.”
Limmer also expressed concern as to how this court decision could affect municipalities across the state.
He questioned the now-possible situation where a village hall could be torn down, a new one built and then someone could come along and claim that they had played ball on the site, years ago, and it was now “de facto” parkland. No one knew this in advance, so now what will happen? A lawsuit?
Long-time Kings Point Mayor Michael Kalnick said that he can “document” the piece of land in question; the village has used this western portion of the park for public works storage back to 1946.
Kalnick told the Record that the State Legislature is the only authority that could reverse this recent Court of Appeals decision.
“They do have the authority to take away the park status,” he said.