Howard Zhao, 11 and his sister Sara, 12, came away from the competitions at the World Arena and Ice Hockey Complex this past September with first- and fourth-place medals respectively in the Pattern Dance Championship.

Howard became the first boy to win the National Solo Ice Dance Championship. Sara also placed sixth in the Combined Event. They both received Certificates of Recognition from the town. Their parents, Julie and Michael, watched with pride as their children, who are home-schooled, took turns recapping their feats to the elected officials.

“We take great pride in honoring families like yours who in some way or other accomplish wonders during their everyday lives and, in the process, enrich the fabric of North Hempstead,” Interim Supervisor John Riordan told the family and onlookers at the reception on Nov. 19.

The Zhao family resides in the district of Councilwoman Anna Kaplan. “This is a testament to the hard work and dedication of these two terrific young athletes and their parents who have all made tremendous sacrifices to achieve this success,” she said.

Howard and Sara made it clear at the beginning of their skating careers that their ultimate goal was to make the Olympics, their mother, Julie, said. That’s why she drives them four hours round-trip to Monsey, a hamlet in the Town of Ramapo, NY for training and then to Hackensack, NJ, to a second training camp. She does this five days per week, but Howard and Sara’s wins have made the family proud. “It’s a major step toward making their dreams come to reality,” Julie said. 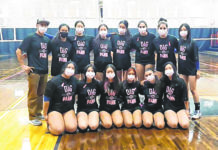 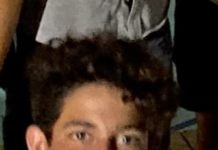