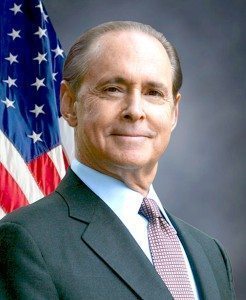 At the northern most tip of the Great Neck peninsula lies the beautiful Village of Kings Point. With large pieces of property, many with spectacular waterfront views, this village has an all-around spectacular setting. The village is all residential, absolutely no commercial properties, no businesses and no shops. The one and only exception is the federal academy, the United States Merchant Marine Academy with its intriguing old homes, a wonderful museum and a breathtaking view of Manhattan. This is one of just five United States service academies. The USMMA is charged with training officers for the United States Merchant Marine, branches of the military, or the transportation industry.
Mayor Michael Kalnick reports that Kings Point has done much drainage work this summer, and as well, they have relined some roads and repaired many others. “And we will be doing more road work this year, come the Fall,” Kalnick told the Great Neck Record.
Kalnick noted that his village has just completed its camera system, with 39 key spots and 19 entries to the village set up with cameras. The cameras are most effective in keeping up with all who enter and exit Kings Point, often helping with criminal cases. As well, the village has just updated its 911 and village blast email services, to assist in emergencies and to warn of upcoming severe weather conditions.
In addition, the mayor reported that the Water Authority of Great Neck North, where Kalnick chairs the board of directors, is working on the water system, on Kings Point Road and on Grassfield Road. When that work is finished, the roads will be repaired.
Touching on work on homes, Kalnick reports that there are a lot of “teardowns,” with homes sold and then rebuilt. He reports that a fair number of homes that have been sold are still standing, with just renovations.
On a sad note, the mayor told the Record that the private Wildwood Pool Club that long stood in Kings Point has been sold to a developer. It is anticipated that this property will soon become the site of new homes.
Led by Mayor Kalnick, the village board consists of Deputy Mayor David Harounian, and trustees Sheldon Kwiat, Ron Horowitz and Hooshang Nematzadeh.