Millennials are obsessed with memes. For those of you who have no idea what a meme is, it is a humorous photograph, usually with a piece of text that is rapidly shared around the Internet. You have most likely shared one yourself on either Facebook, Instagram or Twitter. Many Instagram accounts have become known for their collection of memes and providing comic relief on one’s feed. Great Neck resident Samir Mezrahi has mastered the art of memes with his Instagram account @kalesalad, posting a few memes a day to keep his audience of more than 300,000 followers laughing.

Mezrahi graduated from the University of Oklahoma with a degree in accounting, but after working in the field for a few years in New York City, he realized that accounting was not for him.

“I did not like accounting,” said Mezrahi. “It was the worst job, and I left accounting for about a year and ended up being part of the BuzzFeed community and getting a job there back in 2012. I’ve never looked back at accounting.” 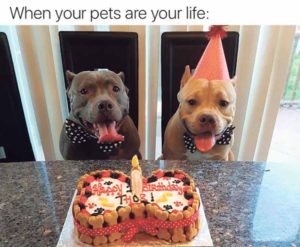 He started as a social media intern for BuzzFeed and later ran BuzzFeed’s social media, helping to grow the team throughout four years to what BuzzFeed’s influence is today. Mezrahi oversaw BuzzFeed’s Facebook, Twitter and news channels. He now works as the head of social media at The Dodo, a website for people who love animals and animal advocacy.

“This was just like a fun side thing that I started and in the last two or three months it has grown a lot,” said Mezrahi, who went on to explain how he grew his account so rapidly. “Good memes. I’m good at finding stuff on the Internet that’s either trending or going viral and I think I’ve curated a nice group, like a nice type of content, like social news and shareable stories that are relatable.”

The focus of the account is to be identifiable to others, causing his followers to share his content with their friends and allowing him to gain more followers. The specific concept allows Mezrahi to pick which memes he will post throughout the day, sometimes saving a meme for later so he doesn’t post too many photos at once or bombard his audience. He also will try not to post memes he has seen other well-known meme accounts post in order to remain new and fresh.

“Most of this stuff is sourced from Twitter and some days, there’s more than others,” Mezrahi said. “The stories I pick I think they’ll resonate and work for the audience. It’s often either something your pet did that’s relatable or like, ‘my mom texted me this thing and here’s the photos of it.’ You might share it with your mom or you might be like ‘this is so my mom’ or you might tag your friend and be like, ‘this is so your mom’ or ‘this would be me when I’m a mom.’ That kind of thing. It’s definitely relatable, but in a storytelling kind of way.”

Mezrahi said he has gotten a lot of feedback from his followers, praising his account for its content. He makes sure to interact with his followers on a daily basis.

“I check my [direct messages],” said Mezrahi. “I respond to people. People love that I interact. It just kind of helps you build that community. A lot of other larger accounts have also regrammed my stuff, so you can see how some people have gotten to my account.” 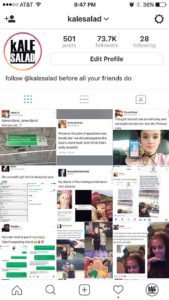 Although Mezrahi doesn’t fully understand why his account took off the way it did, he offers advice to those who want to grow their current accounts or start a meme account.

“I think you need to stick to a specific concept and not be all over the place because there are a lot of accounts out there that have the niche or have a concept of what they’re doing,” explained Mezrahi. “There are so many people online that there’s an audience for everything and it takes time to build that audience, but I think it’s there if you work on it. People also want to feel a connection and that you’re not just some account out there that is just posting stuff for the sake of growing an audience or making money. You want them to know that there’s a person there.”

Mezrahi does not make any money from the account, but seems to have become known around Great Neck. People recognize him while he is out and later gloat to their friends that they met him.

“There are Great Neck people who know me from Instagram that I’ve bumped into,” said Mezrahi. “Like I’ve been at the grocery store and have taken a selfie with someone. I’m a mini celeb I guess. It’s becoming something more than I expected it to be.”