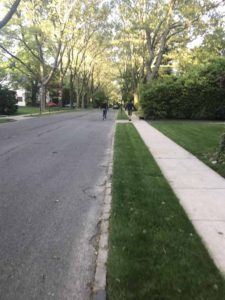 Last night, as the Great Neck Public Schools (GNPS) elections for Board of Education trustees, the budget and the bond approached, readers reported the theft of campaign signs for trustee candidate Jeff Shi.

“Someone is removing the GNPS vote signs and Jeff Shi signs around town,” one outraged resident, who asked not to be identified, told the Great Neck Record. “It’s very noticeable in Kensington, where all the corner signs were removed from the owners’ properties. These signs were not even on town property,” she continued. “This was done between 3:30 and 5:30 p.m. today [Monday, May 15]. One of my friend’s signs only lasted two hours. It’s so disgraceful!”

When asked if perhaps the signs were against the village ordinance, the reader said, “We checked with the Kensington police, and per code it is not allowed. But it is not enforced if clearly placed on the owner’s property and not on village property.”

Another reader submitted these pictures with a note stating, “Below are a pair of sign thieves.” 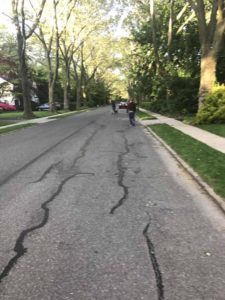 The photos were taken later Monday night, at 7 p.m. in Russell Gardens. According to the reader, an adult and a teenager walking a dog took three Jeff Shi signs.

“My friend saw that and stopped them,” said the reader. “The adult spoke an unfamiliar language and returned the signs.”

The morning of the election, Tuesday, May 16, the reader reported, “The Polo Road thief struck at 7:10 a.m. My friend said it was a father and son team as well. My friend on Polo Road caught the man pulling out her lawn signs. When she yelled at him, he put them back.”

The resident who witnessed her signs being removed described the man as being around 5’4″, having light brown skin, slightly balding curly hair and a beard, being a little out of shape and wearing a beige Polo shirt.

This election has certain brought out the worst in many community members. We can only hope that our neighbors will return to their kind neighborly ways after the votes have been tallied.