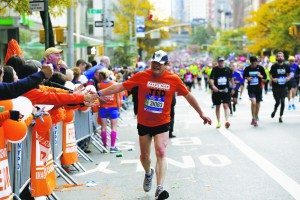 On Nov. 1, longtime Great Neck resident Jed Berman completed his 13th marathon, running the NYC Marathon throughout the five boroughs of New York City from the Verrazano Bridge in Staten Island through Brooklyn, Queens, the Bronx and finally finishing in Manhattan’s Central Park.

In 2007, Berman ran the oldest continuous marathon in the world in Boston, but comes back year after year to the NYC Marathon, the world’s largest and greatest race. 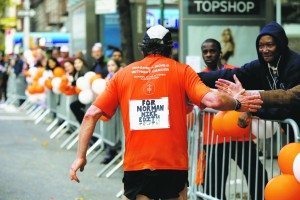 This was a unique run for him because he lost both his stepfather, Ervin, and mother, Edith, this year and ran in their memory. He also ran in memory of his father, Norman, who died of pancreatic cancer in 1974, and his father-in-law Mike Hershkop, a Holocaust survivor who survived the Nazi death march from Buchenwald but died on the operating table during a heart procedure a few years ago on Long Island.

This year, close to 50,000 runners completed the race. Berman said, “when the pain of the run becomes overwhelming, somebody always taps me on the back to remind me that I am running for Norman, Mike, Edith and Ervin.”