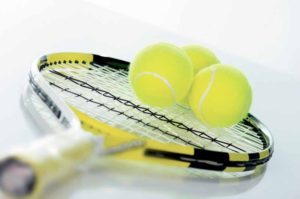 Peter Wayne will speak about the Israel Tennis Centers (ITC), which serve at-risk adolescent Israeli girls residing in underprivileged neighborhoods, on Monday, July 25. Presented by the National Council of Jewish Women–Lakeville Section and Temple Emanuel of Great Neck, the presentation will begin at 1 p.m.

The centers began in 1976 by visionaries from Israel, the United States and the United Kingdom, who realized their dream and opened a center for tennis in Israel. Since the first center opened in Ramat Hasharon, north of Tel Aviv, 13 more tennis centers have been built predominately in underprivileged neighborhoods throughout Israel.

Today, ITC is one of Israel’s largest social-service organizations for children, providing comprehensive educational programs and social services that empower Israeli children. While the mission of the Tennis Centers is to employ the sport of tennis to enhance the social, psychological and physical development of children in one of the most conflicted regions in the world, ITC’s true impact is its ability to engage more than 20,000 youths annually—and more than 500,000 since its inception—many of whom endure serious hardships and reside on the fringes of Israeli society.

The talk is open to the community at no charge, so come and bring your friends. Refreshments and dessert will be served at noon, prior to the program. Temple Emanuel is located at 150 Hicks Lane.