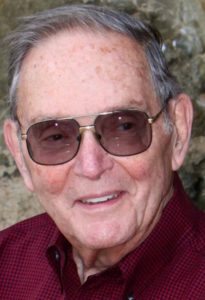 Ira was a tried and true New Yorker from his birth and upbringing in Brooklyn to his many years in Great Neck, commuting to and from New York City and his last residences in Manhattan and Germantown, NY.

Family, friends and philanthropy were his passions. He was best known for what he gave to everyone whose lives he touched. Ira’s family will never forget the good times, the celebrations and the pride he had in each of them and his legacy, to which he and they contributed.

After a career in accounting and consulting, as a philanthropist at heart, Ira dedicated 20 years as president of the Charles and Mildred Schnurmacher Foundation. It gave him a great sense of satisfaction to meet with leaders of organizations, to learn how they were aiding the less fortunate, a community or beyond. Helping to fulfill their needs, Ira was more than a philanthropist; he was a supporter and friend.

Friends will remember Ira for his quiet demeanor, sense of humor, dedication and support of them and their families. His infectious smile, compassion and endearing personality will linger for generations. The world is a better place for having had him and a lesser place without him.

Funeral services were held at Congregation Rodeph Sholom, 7 W. 83rd St., New York, NY, on Sept. 19 at 11:30 a.m. The burial followed at Wellwood Cemetery in Farmingdale. The shiva was private.

In memory of Ira Weinstein, in lieu of flowers, please make contributions to the Anti-Defamation League (ADL), 605 Third Ave., New York, NY 10158 or at www.adl.org.