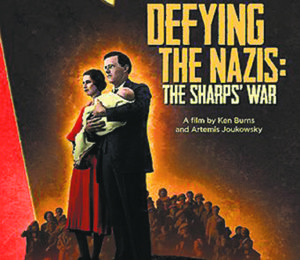 A premiere of the documentary Defying the Nazis: The Sharps’ War, which was produced by Ken Burns and Artemis Joukowsky, grandson of the Sharps, will be screened on Tuesday, Sept. 20, at 7 p.m. at the Unitarian Universalist Congregation at Shelter Rock (UUCSR) in Manhasset.

During the 1930s and into World War II, Unitarian minister Waitstill Sharp and his wife, Martha, undertook vital missions in Nazi-occupied Europe to rescue Jews, dissidents and refugee children at great personal risk.

Islamophobia and the worldwide refugee crisis are modern day parallels to the bigotry the Sharps fought against. After the film, UUCSR members and guests will discuss how to continue the Sharps’ legacy by defying hate and standing up for fundamental human rights.

Great Neck residents Latifa and Colin Woodhouse, who are members of UUCSR, were honored in New York City on Sept. 13 with the Sharp Rescuer Prize, a social-justice award from No Limits Media, one of the producers of the film, for promoting humanitarian work.

A day earlier, the couple was invited to the White House in recognition of their humanitarian efforts to the refugee crisis earlier this year in Lesvos, Greece. Don’t miss the cover story about this amazing couple in this week’s Great Neck Record.