Great Neck South High School graduate Anoush Baghassarian has recently graduated from Harvard Law School. Among Anoush’s many accomplishments, she received the 2022 Andrew L. Kaufman Pro-Bono Award.
The award honors Professor Kofman, who has been instrumental in creating and supporting the pro-bono program at Harvard. Each year the award is given to a graduating student who exemplifies the pro-bono spirit and commitment to delivering high-quality volunteer legal services to disadvantaged communities. Anoush has clocked in an astounding 4,240 hours of pro-bono work throughout her time at Harvard, earning her the prestigious award.
Anoush has been involved in various clinics to support human rights and help advance the work toward justice for multiple communities. Her passion for human rights began at a young age, stemming from learning about her Armenian heritage.
Growing up in Great Neck, which has a large Jewish community, many of Anoush’s friends were descendants of Holocaust survivors. Learning from her friends and teachers about the genocide against Jewish people inspired Anoush to share more about her heritage, and the genocide Armenians faced. While in Great Neck South Middle School, Anoush began working on bringing awareness to the Armenian Genocide.
“In Great Neck South Middle School, I gave presentations on the Armenian Genocide,” said Anoush. “I had great social studies teachers, and they were always open to having me present at school; in high school it was the same thing.”
Throughout school, Anoush was very involved in the theater club. Her passion for acting and theater led her to become the Theater South Club president. In her high school creative writing class, she proposed the idea of writing a play on the Armenian Genocide, which her teacher fully supported.
“Great Neck has been so supportive and fundamental in giving me the opportunity and spaces to explore these creative areas of impact,” said Anoush. “I went to the Great Neck Library, and their theater program called ‘Levels’ allowed me to perform my play at their theater. [The library] was such an important place, and everyone there was supportive.”
Anoush’s efforts to raise awareness for the Armenian genocide were always important to her and only led to her learning more about the atrocities committed against Armenians. Every year, Anoush and her family would attend commemoration ceremonies for the genocide and hear stories from her family and friends about the hardships survivors faced.
At this time, the Armenian Genocide wasn’t recognized by some governments, importantly for her the U.S. and Turkey. Anoush realized that there was a fight against denial and importance of gaining justice for Armenians and their ancestors involved in the genocide.
“To me, it was still an open wound that hasn’t been healed yet,” Anoush said about the Armenian Genocide. “ I’ve learned through law about the many ways to heal generational wounds through different types of justice. In the field of transitional justice, a topic on which I focus a lot in study and practice. There is a concept that one can help heal these wounds through methods supplemental to punishment, like commemoration and memorialization or through writing about the true history in textbooks.”
“There are many ways to heal trauma and wounds that allow society to move forward again,” said Anoush. “The goal is to help relieve the sense of ethical loneliness, which is philosopher Jill Stauffer’s term; It is the feeling of being abandoned by humanity compounded by the injustice of not being heard.”
Learning the term ‘ethical loneliness’ during her Masters program at Columbia helped Anoush identify the feeling she has been experiencing when looking at communities dealing with an absence of recognition for mass atrocities. The idea of relieving the sense of ethical loneliness helped strengthen her resolve to pursue the study of law and is one of her main goals in her career.
Anoush strongly believes in theater and art playing an essential role in increasing empathy. Allowing others to see a perspective they would never know about “helps break down social barriers and allows people to immerse themselves in another world to feel connected through humanity,” explained Anoush. 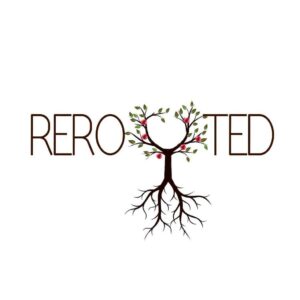 While keeping faith in theater and art, Anoush knows there are many things in terms of justice that require the action of law. Five years ago, Anoush began working on a project for a fellowship called the Davis Project for Peace.
Anoush and one of her close friends, Ani Schug, began the Rerooted Archives to document testimonies from the Armenian community in Syria. Through Anoush’s various work in other human rights organizations, such as the Human Rights Watch, she met individuals working to bring justice to their communities that have faced mass atrocities. Anoush became inspired and began drafting her project to raise awareness to prevent the past from repeating itself and ensure the community’s unique identity could be preserved in the wake of war and forced displacement.
“I applied for the grant to create an archive with this idea in mind,” explained Anoush. “An archive not just to preserve the documentation for legal purposes, but also to preserve a snapshot of the vibrant and beautiful Syrian community. They were one of the strongest Armenian communities in the world after the genocide, because they preserved their Western Armenian culture and preserved so much of what it meant to be Armenian.”
Not only have Anoush, and the Rerooted team collected testimonies from Armenians living in Syria, but also Armenians that relocated from Syria to places like France and Australia. While those individuals found it difficult to assimilate, they appreciated the opportunity to spread their culture and bring a certain liveliness back to Armenian communities.
“This archive has been one of the most meaningful and rewarding endeavors,” said Anoush. “It has been so special to give back to the community in this way. We now have almost 250 testimonies, and we are collecting more. This June is our fifth anniversary, and we will have a report on our website at the end of June talking about what we’ve done since we began.”
Visit rerooted.org to learn more about Anoush and the incredible archive she and the rest of the team have built.
Now that Anoush has graduated from Harvard Law School, she will begin her career as a lawyer.
“I’m moving to the Netherlands to work at the International Criminal Court; that is the court that prosecutes and investigates global war crimes and crimes against humanity,” said Anoush. “I will be working in the trial chamber, so I’ll be working with a judge there helping with trials, research and decisions.”
In January of 2024, Anoush will be returning to Long Island to work for a Federal Judge for the U.S Court of Appeals for the Second Circuit. Anoush hopes to continue working on international human rights injustice and violations.
“One of my hopes is to continue being a lawyer and to one day continue writing historical fiction plays about the atrocities that the community I’m working with has faced,” said Anoush.
“I feel that everything I have done has made sense,” said Anoush. “Everything I’ve always followed felt right in that moment to help my community in the way that I saw it would be impactful. Bringing others into my work and creating opportunities to be involved and care about these efforts is important to me.”