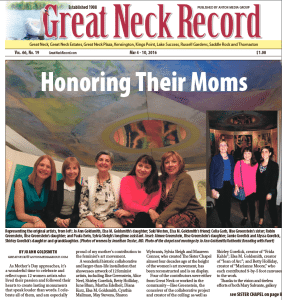 As Mother’s Day approaches, it’s a wonderful time to celebrate and reflect upon 12 women artists who lived their passion and followed their hearts to create lasting monuments that speak louder than words. I celebrate all of them, and am especially proud of my mother’s contribution to the feminist’s art movement. 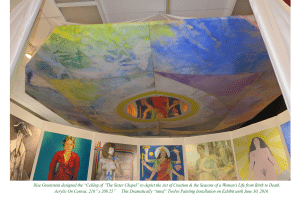 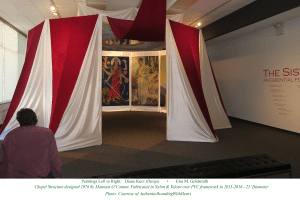 Four of the contributors were either from Great Neck or worked in the community—Ilise Greenstein, the conceiver of the collaborative project and creator of the ceiling; as well as Shirley Gorelick, creator of “Frida Kahlo”; Elsa M. Goldsmith, creator of “Joan of Arc”; and Betty Holliday, creator of “Marianne Moore,” who each contributed 9-by-5 foot canvases to the work. 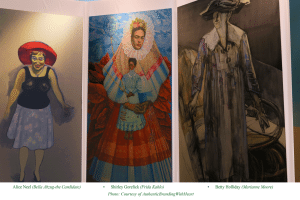 Thanks to the vision and tireless efforts of both Mary Salvante, gallery and exhibition program director for Rowan University Art Gallery, and Andrew D. Hottle, art historian and associate professor, this long-buried collection and treasure was brought back to life with a grand opening reception at the Rowan University Art Gallery West on March 31, the last day of Women’s History Month. This beautiful and monumental tribute to the 12 pioneer feminist artists featured the special panel of living artists who shared some of their creative inspiration. 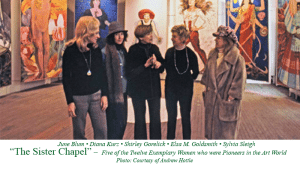 At the opening of The Sister Chapel exhibit, Hottle, art historian and author of The Art of the Sister Chapel: Exemplary Women, Visionary Creators, and Feminist Collaboration, explained the work: “Over 40 years ago, Ilise Greenstein envisioned a unified, nonhierarchical ‘hall of fame’ in which female ‘role models’ would be celebrated. Inspired by her experiences in the women’s movement of the 1970s, Greenstein conceived a collaborative project to be created by women and about women. 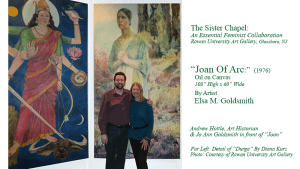 In its final form, The Sister Chapel is a commemoration of female role models, each presented on the monumental scale of nine feet. The figure paintings have uniform dimensions and each features a standing woman. The choice of subject and manner of execution were left to the individual artists. The result is a unified statement on women’s achievements that simultaneously honors the uniqueness of each contributing artist. Above the figure panels, Ilise Greenstein’s abstract painted ceiling metaphorically conveys the seasons of a woman’s life, from birth to death. At the center, a mirrored circle indicates that there is no ceiling on women’s potential.”

What inspired Salvante to exhibit The Sister Chapel after all of these years? 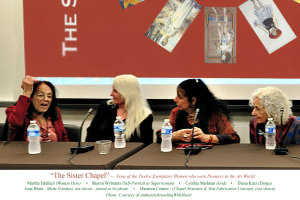 “When I first heard about The Sister Chapel from Andrew, I was very interested in it, as it sounded like a very unique project and I hadn’t known about it before,” said Salvante. “I had also seen images of the paintings and the original design for the tent and began to wonder if we might be able to restage the tent at our gallery one day.” 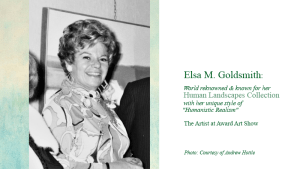 Rowan University’s program director continued, “I find it very exciting to take on these kinds of big projects that are challenging and that have risks. I think it’s something we have an obligation to do as part of the gallery programming. Learning about The Sister Chapel was part of a time in my life that was exciting and fun and I wanted to experience it firsthand and have a hand in making it happen.” 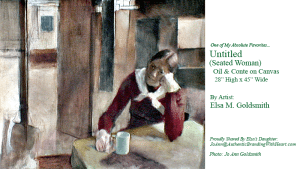 The Sister Chapel premiered in 1978 at P.S.1, an experimental contemporary art exhibition space. The environment was less than ideal, but the exhibition was a success. The Sister Chapel was favorably reviewed in The New York Times and Newsday. At its second venue, Greenstein’s ceiling could not be hung above the circle of paintings. Instead, it was displayed on a wall nearby. At the third and fourth venues, the paintings were unsatisfactorily exhibited, and Greenstein’s ceiling was too large to include. 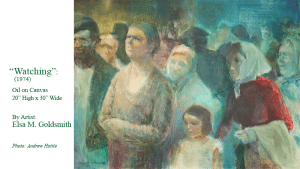 The Rowan University exhibit marks a new milestone in the history of The Sister Chapel. This remarkable collaboration was returning to public view after an absence of more than three decades—and the current installation features a fabric enclosure, which was designed by Maureen Connor in 1976, but a lack of funding precluded its creation. 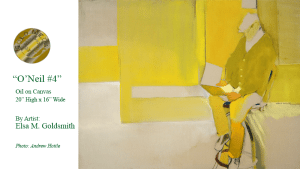 The red-and-white tent structure was magical—it became almost a lotus flower containing and surrounding the full body of work. And in so doing, not only created a warm, cozy environment within the chapel, but for the first time I can remember, brought a solidarity and bond between each of the monumental canvases—which helped bring Greenstein’s original concept of creating a cohesive group of diverse contemporary and historical women, and having them truly feel like one. 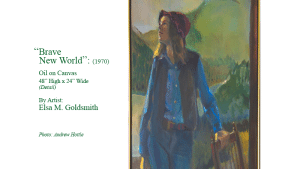 When asked what her biggest take away was from listening to the panel discussion, featuring artists Martha Edelheit, Sharon Wybrants, Cynthia Mailman, Diana Kurz, Maureen Connor and June Blum, who joined the discussion via phone, Salvante concluded, “So many of the issues that the artists where discussing in 1976 are still relevant today.” 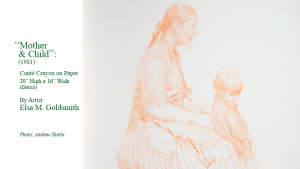 In addition to being a contributor to The Sister Chapel, Goldsmith created approximately 700 works of art during her lifetime in mediums including oil on canvas, watercolor, conté, etchings, lithographs, greeting cards and industrial design. She truly had the gift of capturing the emotions and feelings of her models. Her unique style, Humanistic Realism, gives her viewers the opportunity to see and feel the emotions that both she and the models were feeling, according to Who’s Who in America. Her subject matter wasn’t always joyful, but the feelings that she evoked were always real and authentic, whether it was a historical hero, like Joan of Arc, or a weathered peasant woman walking down a street in Italy. 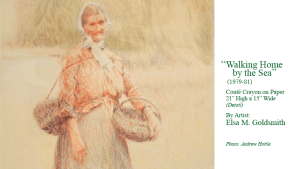 The Sister Chapel will remain on display through June 30 at the Rowan University Art Gallery West, 201 Mullica Hill Rd. in Glassboro, NJ. For more information, call 856-256-4000. 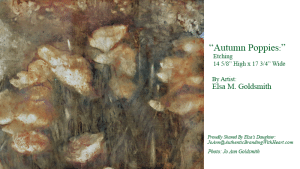 Jo Ann Goldsmith, daughter of Elsa M. Goldsmith, grew up on Ruxton Road in Great Neck, down the street from Baker Hill Road, with her brother, Cris, and graduated from Great Neck North High School. She is a design branding expert, and founder and creative director of Authentic Branding with Heart.

To read the more background from another Sister Chapel artist’s daughter, click here. 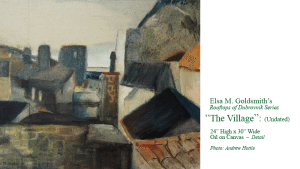 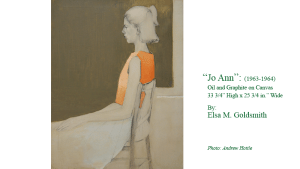 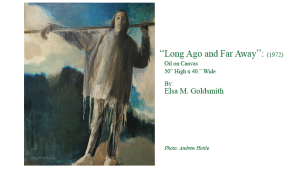 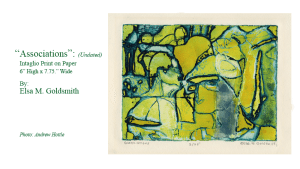 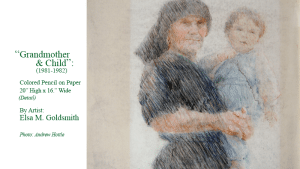 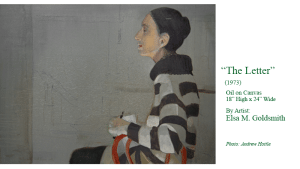 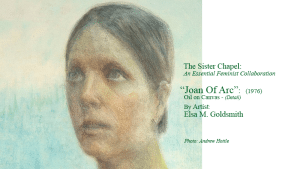 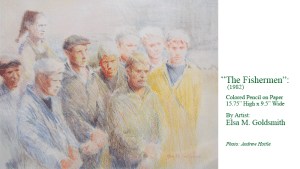