First, he was a fan of the sports radio talk show Mike’s On: Francesa on the FAN hosted by Mike Francesa. Before long, he was one of Francesa’s most relentless Internet trolls. Comedian and Great Neck native Evan Wecksell literally wrote the book on Francesa’s bizarre Internet presence and how best to get under the talk show host’s skin. Wecksell’s book, Dumb Stuff: A Comedian’s Stupid Replies to Mike Francesa on Twitter, was the result of Wecksell’s fixation with Francesa and his Twitter feed.

So, what’s behind one man’s obsession with another man’s tweets? 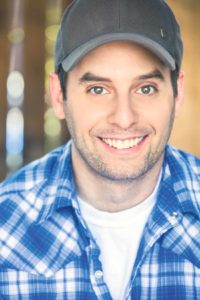 The Great Neck South Class of ’97 grad explained that because Francesa is relatively new to this social media platform, he has not yet grasped many of the nuances behind Twitter. Francesa’s gruff manner and occasional gaffes provide fodder for trolls like Wecksell.

“He’s a lot like my dad when it comes to social media,” Wecksell explained. “He doesn’t want to be distracted by nonsense, he just wants to take his calls [on his radio talk show] and make his points. What we [his fans on Twitter] like to do to him is basically troll him.”

Wecksell insists he had no malicious intent in writing this book; his goal was to find a healthier outlet for his curious interest with Francesa.

Wecksell first got involved in comedy after he finished college. 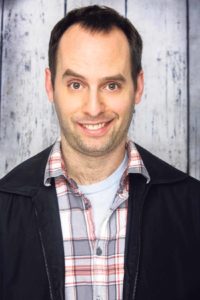 “While I was interning for the NHL [National Hockey League], I took a class at The Comic Strip on the Upper East Side of New York,” said Wecksell. “Then, I led a double life for a while, working my regular day job and, then, driving around New York City or Long Island to find places to hone my comedy skills.”

Much of Wecksell’s repertoire includes comedic songs, similar to those of Adam Sandler and the musical duo Flight of the Conchords. Some of his most popular numbers include a musical parody of life as a college student and a rap he wrote for his wife’s 40th birthday. Another popular song he wrote is about Francesa himself, composed long before he even considered writing the book.

“I got to perform the song for Mike in August 2017,” Wecksell proudly recounted, at an event affectionately called “Francesa-Con.”

At this event, fans show up dressed like Francesa, proof of his cult-like following. Initially, Francesa was reluctant to let Wecksell perform this musical tribute, but with the urging of his fans he eventually relented and let Wecksell onstage. The song was so popular among the Francesa-Con attendees that Wecksell decided to record it. Not long after, Francesa joined the Twitter-verse and paved the way toward Wecksell’s eventual trolling and ultimate authorship.

But, what led Francesa to have such a devoted fan base? According to Wecksell, his blunt nature on his radio program has made him a cantankerous but lovable icon. His trolls watch with fond amusement as he foolishly tweets his way into Internet stardom. He garnered an unfortunate reputation for attempting to predict the outcome of games and sports events, consistently ending up embarrassed as he was almost always wrong. Francesa’s Twitter trolls find his mistakes amusing and are entertained by the inanity of his tweets, although Francesa ignores all of them, seemingly unbothered.

Wecksell analogized Francesa’s Twitter habits to those of the current President.

“His Twitter is a sports version of Trump’s feed,” noted Wecksell. “Francesa’s a viral machine. Just like Trump, [Francesa] has a knack for saying something and then outright denying it when someone calls him out. He understands superficially how the Internet works; he gets it, but there’s a certain lack of self-awareness that makes things really fun.”

Ironically, when Francesa joined Twitter last year and first tweeted, “Don’t waste my time with dumb stuff,” Wecksell decided to do exactly that.

Trolling Francesa on Twitter quickly became one of Wecksell’s favorite pastimes. Soon, he decided to compile Francesa’s tweets and his responses into his first book.

“I asked myself, ‘What do I do next with my irrational obsession with him?’ There are Trump books that publish all his tweets, but that’s boring so this book is about me,” Wecksell explained. “For the forward, I had my wife write about how this book is a stupid idea and how I annoy her with it all the time.”

He ended the book “trying to prove the argument that Mike Francesa’s my dad.” Though, for the record, they are not related. 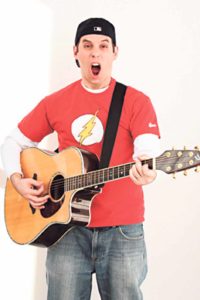 This is Wecksell’s first foray into authorship, but he has been a comedian and writer for many years. He also has his own presence on the Internet as the host of a weekly podcast, Socially Awkward with Evan Wecksell, where he contacts some of his Facebook friends at random and interviews them whether he knows them personally or not.

Wecksell is proud of his career.

“Every new audience is a chance to prove myself,” he said.

His appearance at Francesa-Con was motivating, and he remembers how “Mike had me up onstage…and I came off like an underdog who’s going after it.”

He wants to encourage young comedians to find their voices and take risks. He teaches several seminars about getting started in comedy and uses his platform to connect with up-and-coming performers. He advises young comics to write about their passions and to “always produce. Don’t just say you’re a comedian, go out there and do it. You’re only as good as your last show, so you have to have lots and lots of shows.”

Find Wecksell’s book in paperback or via Kindle on Amazon. Learn more about him, his career and his seminars at evanwecksell.com.