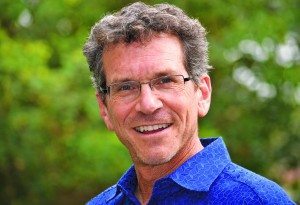 Emmy-nominated writer David N. Weiss of Shrek 2 and The Smurfs movies, as well as the Rugrats series will present a hilarious evening of personal and professional stories in “One Foot in Front of the Ogre” on Sunday, Nov. 15, at 7:30 p.m. at Chabad of Great Neck, 400 East Shore Rd.

Weiss’ world-traveled presentation springs from his unlikely adventures as a nice Jewish boy who spent years as a charismatic church youth worker before returning to his Jewish roots via a blockbuster screen-writing career. Weiss said, “When you find yourself under a wedding chuppah with a gorgeous blonde in a Presbyterian church being married by a Jews-for-Jesus Rabbi, something has to give.”

Weiss also cowrote The Rugrats movies, Clockstoppers, Are We There Yet? and Academy Award-nominated Jimmy Neutron: Boy Genius. He was nominated for an Emmy as cohead writer for the Rugrats series and has various other film and TV credits, including the MGM classic All Dogs Go to Heaven, for a combined box office exceeding $2.3 billion.

An award-winning short film director, Weiss is a proud member of the Motion Picture Academy, a former vice president of the Writers Guild of America and has also written several children’s books. He lives in Los Angeles with his wife, Eliana, and their two kids, plus two cats, two birds, a tortoise and Sandy the dog.