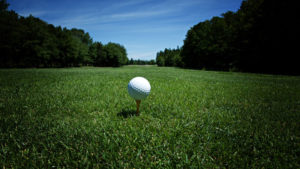 The men’s golf team had three games this week. Two were played at home on the Lake Success Golf Course and the away match against Manhasset was played at the North Hempstead Golf Course.

The first two games were played in 40-degree weather with most players wearing gloves and ski hats trying to stay warm—not ideal conditions for golf.

Manhasset has two All-County and All-State players and it showed as Great Neck lost its first game.

The Great Neck team’s second game was against Jericho on Wednesday. Great shot making by Raymond Gresalfi and Paul Chung powered Great Neck to come home with a victory. Given that the men’s golf team had not won a single game throughout all of last season, there was a lot of celebration.

Following up on its first win, Great Neck played a very strong Syosset golf team. But good 9-hole finishes by the entire Great Neck team was just not enough to get on top of Syosset.

The men’s golf team has an away match at Piping Rock this upcoming Monday. Good luck to them!