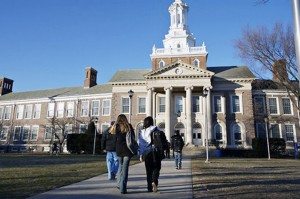 The list was compiled by Newsweek and Westat, a Rockville, MD, research group. The information was based on federal data­bases and surveys. Data from the
National Center for Education Statistics was complied from the 2012–13 school year, whereas the surveys used infor­mation from
the 2013–14 school year. Schools were first added to a short list, using standardized test performance. They were then ranked based on college enrollment rate, graduation rate, Advanced Placement and Inter­national Baccalaureate
enrollment, SAT and ACT scores, student retention, and counselor-to-student ratio.

This was the second honor in
recent weeks for Great Neck Schools. According to the website Niche.com, South High School teachers were rated as the best
in New York State in a survey
primarily driven by student and parent responses.