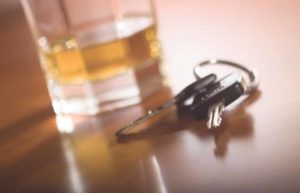 Great Neck residents pride ourselves on everything the peninsula has to offer from the amazing schools to the breathtaking parks. Making sure the community is safe is the top priority of our police officers, who work diligently to keep us safe.

But, on the roads, individuals make some decisions that public-safety personnel cannot control, which can result in dire consequences for those behind the wheel, as well as innocent victims.

Drunk and drug-related accidents have been on the rise throughout the state during the past several years, so it’s crucial to continue discussing and implementing strategies that make our community safer.

As a whole, New York State has been witnessing more alcohol and drug-related accidents. Data compiled over the last several years, which can be viewed at www.dsslaw.com/staysoberny, illustrates where these accidents are occurring.

From 2011 to 2016, the state has seen 870 fatal accidents—742 were attributed to alcohol use; 128 to drug use. Nearly 61 percent of these accidents involved teenagers between the ages of 15 and 20. Clearly, we need to be doing more to reduce the number of accidents in this group, by teaching about consequences not only at school, but also at home.

During this time, Nassau County was ranked second highest with 38 accidents, while Suffolk County ranked the highest with 87 fatal accidents.

These statistics are startling. The two counties that make up Long Island are attributed to one out of seven drunk-driving fatal accidents throughout New York State.

As the school year is about to begin, take a proactive approach at home, and talk about these dangers with your children. Schools provide a wealth of information for teens, but positive reinforcement begins at home. It’s never too early to start the discussion—and the information will last a lifetime.