For the second year in a row, three Great Neck synchronized skaters helped their teams take home medals at this year’s iteration of the U.S. National Synchronized Skating Championships in Providence, RI.

Amie Adjakpie, a 17-year-old senior at Great Neck North High School, helped the junior line of the Skyliners synchronized skating team earn the gold and the title of 2020 national champions in their division, their fourth straight national title. Adjakpie and the Skyliners Juniors posted their highest score of the season in a 200.51-point effort with a Moulin Rouge-themed free skate routine and a “Memory” short program.

Not to be outdone, Great Neck North Middle School eighth graders Kristina Feng and Hailey Wong helped the Skyliners Juvenile line win the silver medal in its field. The juvenile line earned a score of 48.96 points with their Navy-themed program. The juvenile team’s silver-medal effort was a strong sequel to their gold-medal-winning performance in the 2019 championships in which Feng and Wong also played a role.

Besides the standout performances from the junior and juvenile lines, the Skyliners senior line also took home a gold medal and national title, while its two novice lines took second and fourth place in their fields.

Following the event, Skyliners head coach and director of synchronized skating Josh Babb praised the performances and work ethic of each of the team’s lines.

“This season has been extremely competitive, and all of our lines had to perform at the top of their game,” Babb said. “Our skaters and coaches work extremely hard, and their efforts really paid off this year.”

First established in 2001, the Skyliners have since grown into a mighty force in the world of synchronized skating, fielding 14 competitive lines made up of more than 240 skaters ranging from ages 5 to 29. Every qualifying Skyliners line has earned a berth in the national championships each year since 2004, and both the junior and senior teams are designated as Team USA for participation in international competitions. None of the divisions below junior compete in international events.

Normally after such a strong performance, Adjakpie and her fellow junior skaters would be slated for competition in the International Skating Union (ISU) World Synchronized Skating Championships, which were scheduled to be held in Lake Placid, from April 3 to 5. However, due to the ongoing coronavirus pandemic, this year’s ISU world championships have been canceled. 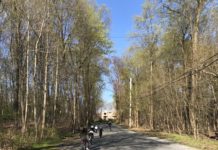 As Social Distancing Continues, Residents Hit the Roads, And A Public Health Expert Weighs In 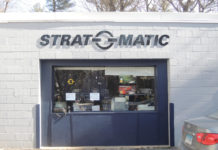