Contrary to popular belief, it takes more than glamour to be a beauty queen. On Nov. 15, Emilia Pedersen of Great Neck was crowned Miss Brasil Teen USA 2015 in Newark, New Jersey. Nearly 400 people filled the Hot Spot Diner to watch 35 junior contestants compete for the crown. 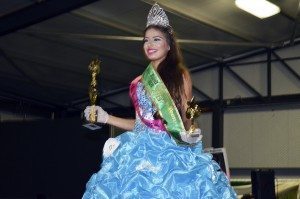 A powerful walk is by far the best way to showcase a strong personality. At only 13 years old, Miss Brasil Teen USA Emilia Pedersen has mastered the runway with the same vigor and beauty as Brazilian fashion model and actress Gisele Bündchen.

“Emilia is a determined girl who knows what she wants,” said Abel. “On the catwalk, what caught my eye was her resourcefulness. She was completely in sync with the runway and she was charismatic and graceful.”

In addition to physical attributes, Pedersen also showed a lot of character and delicateness a Miss has to have, said Abel. “Her creativity was jaw-dropping. I know how much [the costume] weighs, from my own experiences parading with these kinds of fantasy costumes, but her expression was one of joy. Regardless of the weight, she didn’t let it show.”

Each contestant was charged with embodying Brasil’s Amazonian wildlife. Miss Brasil Teen USA portrayed the ultimate paradise bird, the peacock. Her costume included a bold array of shimmering blues and greens with 1,000 eyes and feathers. 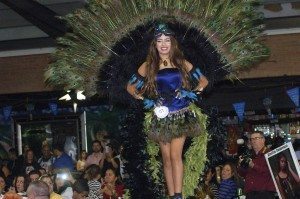 The peacock is known as the queen of Amazonian birds, with its bright colors and many eyes. Miss Brasil Teen USA brought that same beauty and elegance as she glided across the runway with a textbook-perfect walk: eyes locked and set on an invisible target, each stride as intense as the one before, and not a single slip or trip despite the 12-foot feather train dragging behind her. The professionalism displayed in Pedersen’s walk was far beyond her years and it showed her level of preparation, said the judges.

“I felt excited and amazed because I was modeling and I knew it was going to be a great day,” said Pedersen. “I was mostly focused on walking properly and having fun.”

But, a good catwalk isn’t the only activity in which Miss Brasil Teen USA excels. Pedersen attends Great Neck Middle School and when she isn’t competing in pageants, Pedersen is dribbling down the soccer field, kickboxing or defying gravity on the high-jump mat.

Pedersen speaks four languages, including Danish, Portuguese, Spanish and, of course, English. Her multicultural, Danish-Brazilian background appeared in each aspect of her showcase, captivating the audience with her sophisticated Queen of Denmark–inspired wave and her vibrant Brazilian glow. 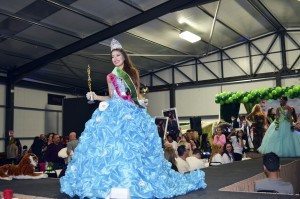 Pedersen shared her own thoughts on becoming Miss Brasil Teen USA. “With these titles I can show the world that Miss Brasil doesn’t have to be someone who’s got plastic surgery everywhere and it doesn’t have to be someone sucking up to the judges. Having that title, it’s not about winning or beating everyone else, it’s about elegance and grace and it’s an honor having that title.”

Miss Brasil Teen USA is keeping busy this December as well as in January. She will be accompanying Gustavo Lima as a VIP guest on Show in São Paulo Brasil in São Bernado do Campo on Dec. 19. Pedersen will also be in Londrina for the 38th Anniversary Parana Radio Brasil Sul.

A model and actress, Pedersen is sponsored by Brazilian swimwear designer Amir Slama, whose designs have appeared in Elle, Sports Illustrated and Vogue and have been worn by Naomi Campbell, Heidi Klum and Gisele Bündchen.

To find out what Emilia Pedersen has been up to, click here.