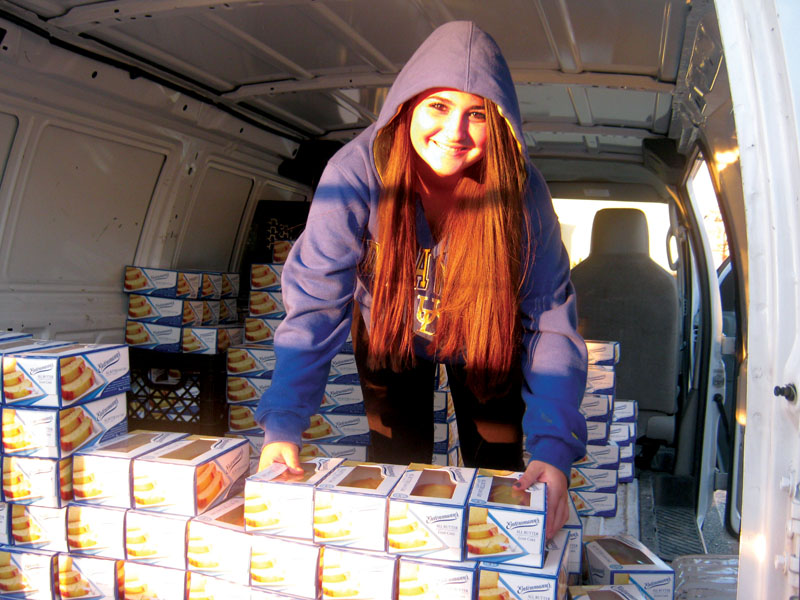 You likely have seen this tiny legion of civic-minded do-gooders around town, for decades, but do you really know its purpose or what it is all about? The Rotary Club of Great Neck, originally chartered by the Manhasset Club, got its start in 1953 and maintains the mission “service above self” and helps in one of five areas: international, community, vocational, youth and club, thus the five spokes of the organizations “rotary wheel” emblem, recognized around the world.

Rotary International was established more than 100 years ago in Evanston, IL, to improve business opportunities for its four founding members and is now the parent organization to more than 1.2 million members in 29,000 clubs, in more than 160 countries around the world. 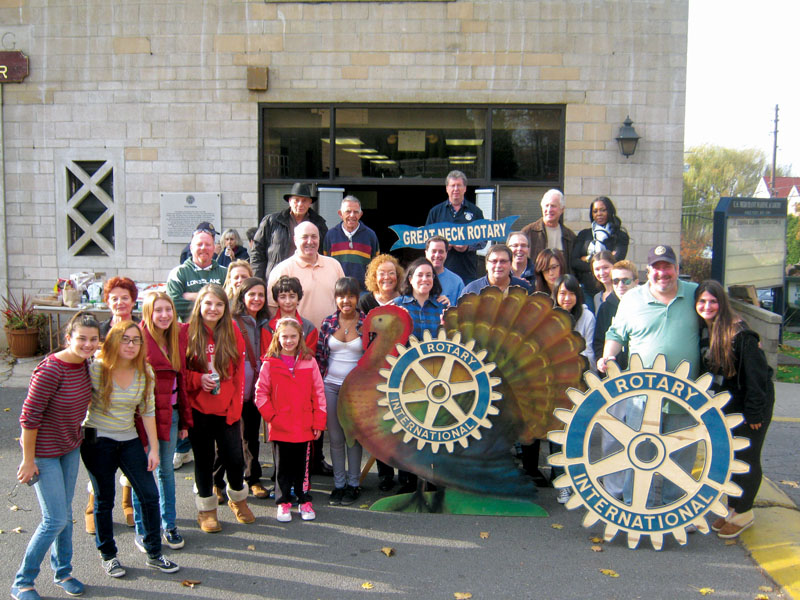 So who are your local Rotarians? They are your neighbors and local business owners in wide-varying professions and skill trades: 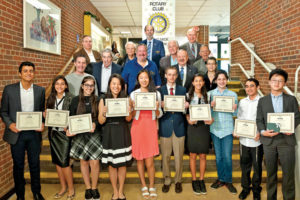 “We’re a pretty active club,” says Roger Chizever, current club president. Chizever is on his second term as club president; he first served as president in 2003. He adds mention of a second club, which also serves the Great Neck and Lake Success communities, saying that both clubs do a lot to serve and carry out the mission of Rotary.

A sample of Great Neck Rotary Club programs and events include its summer music series, oral cancer screening and youth development through mentoring its Interact members, the high school Rotary clubs and scholarship.

One of the biggest and most successful programs that the club hosts each year is its Thanksgiving Dinner Program. 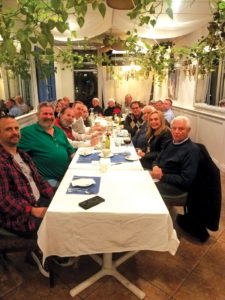 “We provide a complete Thanksgiving meal to more than 1,000 families each year,” says Chizever. “For people who are down on their luck or just not doing well, we like to give them a meal so they can be with their families on Thanksgiving.” The club distributes the bagged meals, complete with turkey, stuffing, vegetables and dessert, to worthy agencies and organizations where the meals are then distributed to families who are in need.

The club meets on Wednesdays from 8 to 9 a.m. in TD Bank’s boardroom (2 Great Neck Road) and is always looking for new members and club supporters.

Visit www.rotaryclubofgreatneck.org or call 516-487-9392 to find out how you can become a Rotary member or support its community-serving committees.